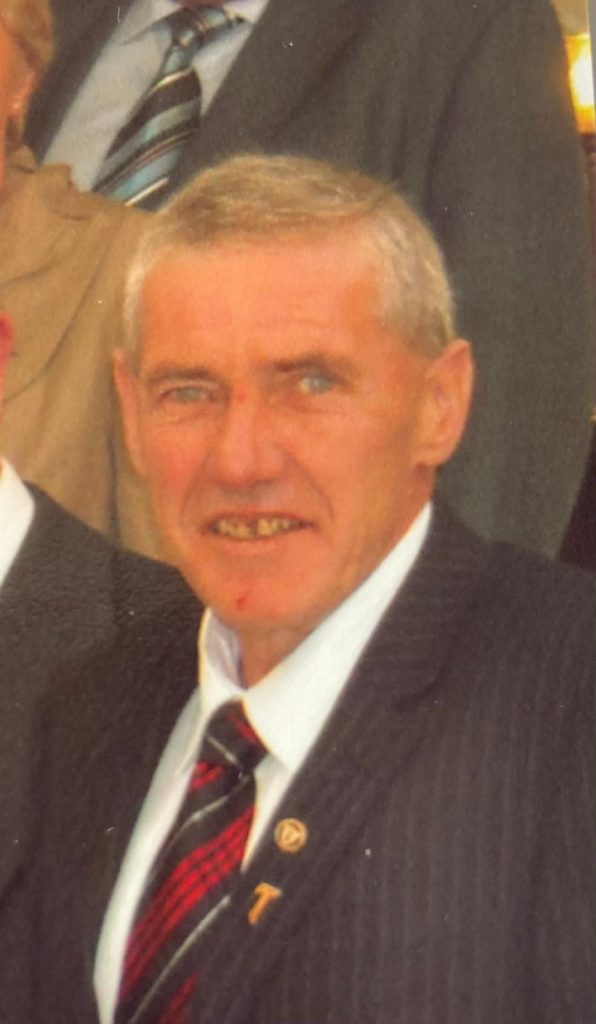 THE death on Friday 9 September at the Sacred Heart Hospital, Carlow of Peter O’Neill, a native of Ballycarney, Carlow is a source of great loss to his brothers, sisters, extended family and his former work colleagues in The Nationalist and Leinster Times.

Peter was formerly of Ballycarney, 12 Granby Row and Sue Ryder in Carlow, his places of residence before his final days in the care of the Sacred Heart Hospital.

The life of Peter O’Neill, who will be remembered as one of nature’s gentlemen, was recalled with great affection by his brother Kevin at the end of Peter’s funeral Mass in the Cathedral of the Assumption on Monday 12 September – he had reposed at Carpenter’s funeral home on Sunday afternoon and evening.

Kevin first expressed fondest appreciation to everyone who had offered their condolences to the O’Neill family on Peter’s parting with life. “The kind expressions under condolences in rip.ie was lovely,” Kevin said. He thanked Fr Tom O’Byrne, Adm, Carlow and deacon Liam Dunne for the lovely ceremonies at Carpenter’s and in the cathedral and for the singing and music of Marie and Clare Cashin.

Having acknowledged the fact that so many people in the past few days had expressed sympathy at Peter’s passing, Kevin said Peter was born in Cavan on 29 June 1947 on the feast day of St Peter and Paul – hence his name, Peter Paul O’Neill.

“He spent the first six years in Cavan. In our family, Peter was the second eldest of 11 children. Times were difficult in those years and Peter stood out as a great brother to all his siblings and a great friend, who, in our eyes, knew everything. From the time Peter started work and had winnings on the horses, you were always sure of a few bob.”

Continuing, Kevin said Peter was educated at the CBS Carlow and was very academic. After sitting his intermediate certificate through Gaeilge (Irish) Peter, aged 16, took up an apprenticeship in The Nationalist and Leinster Times, Tullow Street, where he worked until 1984 as a printing machinist in the newspaper’s commercial printing area.

“He loved his job in The Nationalist and had great friends there. Anyone that had sporting talent in The Nationalist would be approached in his quiet manner and encouraged to come out and play football for Milford, the GAA team whom he loved. It’s amazing the turnout of his ex-working colleagues from The Nationalist in the past days.  Thank you.”

At the age of 16, Peter moved into 12 Granby Row with his granny, as she was living on her own. “This is a place he loved and where he developed great lifelong friendships and had a great social life. Peter was a guru at playing cards. Coming from a big family, we often played cards. Peter would never let you win. He taught the lads in Granby Row how to play cards in Nolan’s shed and anyone who was able to kick a ball, he brought them out to play for Milford. During his time in Granby Row, he loved following the local Park Celtic soccer team everywhere the bus brought him.  He also loved a flutter on the horses and a few beverages or maybe a lot of beverages.

“Some of our in-laws, as far as horses were concerned, never reaped the rewards Peter had following the ‘sport of kings.’ Also in Granby Row, I have to mention the stadium at the back of the dispensary and the great international soccer matches we all played there and which Peter loved. Peter, through all this time, played with a dislocated hip, which he had replaced later in life.”

Kevin said that in 1979 Peter gave up alcohol for life. “He became a pioneer and became very active in our faith, the Catholic Church. He loved prayer, rosary and Mass. He spent years in the Legion of Mary and later times with the Secular Franciscan Order. He loved his participation in these groups and met many friends, who were always brilliant to him.

“From 2001 to 2006, Peter worked as caretaker in Gaelcholáiste Ceatharlach. I want to thank his work colleagues who came to Carpenter’s to bid farewell to Peter and those who offered their condolences.”

“After a number of years in Ballycarney, Peter decided, when Sue Ryder opened, he would move back to live in Carlow, as it was more convenient to him. He loved his time in Sue Ryder and the friends he met there. Thanks to Rita and the staff and his friends there.

“In 2015, Peter’s health took a turn and he moved into full-time care in the Sacred Heart Hospital, where he was cared for until his death. It is very hard to find words of appreciation to all the staff of St Clare’s Ward, who not alone cared for Peter but became personal friends to him. When Peter moved to Sacred Heart from St Canice’s, Mary Farrell was in charge and Mary couldn’t do more for Peter. Thank you very much to all the staff of the Sacred Heart.”

Concluding his eulogy, Kevin said: “Finally, before we bring Peter to his final resting place with mammy and daddy in Tinryland, I would like you all to remember Peter for his kindness and friendship.’’

Earlier in the Mass, a number of significant symbols of Peter’s life were brought to the altar. The symbols were his rosary beads which were presented by Peter’s sister Olivia Gahan, while Margaret Hayden (sister) brought up his prayer book ‒ both reflective of Peter’s deep spirituality; a copy of The Nationalist, symbolising his working life in the newspaper, which was presented by Anita O’Neill (niece) and a Cavan GAA jersey was brought to the altar by Alana O’Neill (great grandniece) – as Cavan-born Peter followed the Breffni blues in Gaelic football. His father Brian was a member of the Irish Army based in Cavan when Peter was born.

The readings were by Mary Rice (sister) and Eric Delaney (nephew), while the prayers of the faithful were read by Peter’s nephews and nieces Seán Walsh, Patrick Hayden, Jason O’Neill, Roisín O’Rourke, Ciara O’Neill and Fiona Rice.

The responsorial psalm was by Aideen Gahan (niece).

Following Mass, Peter was laid to rest in the O’Neill family plot, with Fr O’Byrne reciting the final prayers at the graveside.