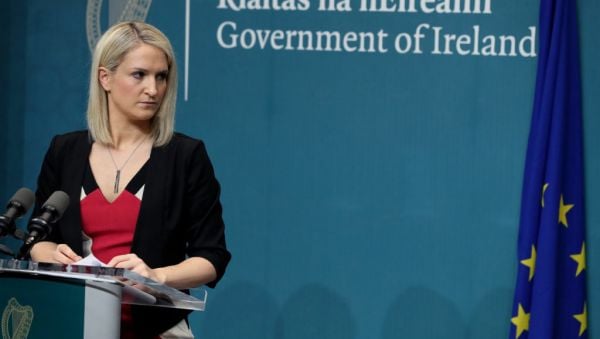 Minister for Justice Helen McEntee has said “sinister” figures who are leading young people into a life of crime need to be put in prison.

Ms McEntee said incidents, such as the recent one in Cherry Orchard, Dublin last week in which a Garda car was rammed, are a result of “total contempt” of the law.

The Minister said she believes some of the problem is with children, anti-social behaviour, and recording that to post on social media.

However, she added there is also an issue of criminal gangs targeting children to be their pawns, which she plans to target with a new bill.

“We have to go from one extreme to the next to try and nurture and support people at a younger age so that they don’t go down the path of where they have absolute disregard for everybody.

“They are the ones that are bringing these younger people into the fold,” she added.