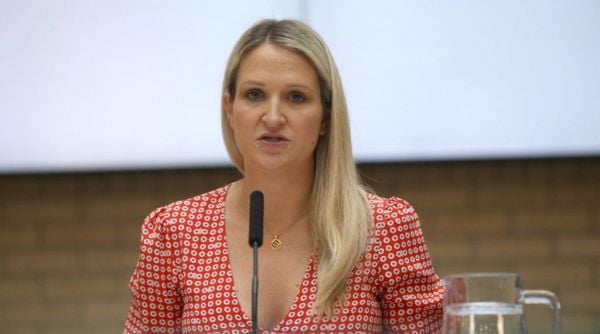 Helen McEntee, Minister for Justice, announced details on how her department’s record allocation of €3.3 billion will be divvied up after Tuesday’s budget.

Over two-thirds of the allocation will go towards An Garda Síochána, with 1,000 new recruits set to join the force going forward. A further 400 civilian staff will join Garda following the investment.

As well as personnel, the funding will be used to procure resources, such as official vehicles, ballistic vests, body worn cameras and a new fixed wing aircraft.

The Community Safety Innovation Fund will be boosted to €3 million to reinvest more CAB seizures in communities.

Jumping from a previous allocation of €2.5 million, €24 million will be used in Youth Justice funding to divert young people away from crime.

James Browne, Minister of State for Law Reform, said: “This funding will support initiatives to make every community safer by changing lives – steering young people away from bad choices and providing education, training and employment supports as well as personal development and sports activities.”

The Irish Prison Service will receive an allocation. 100 new prison officers will be hired as part of the package.

A further €9.2 million will go towards the on-going Ukrainian crisis.

€1 million will be used to establish the Gambling Regulatory Authority.

The cost of Special Exemption Orders – licences purchased by premises to serve alcohol later than normal – will be halved.

Speaking after the announcement of the budget, Ms McEntee said: “Everyone deserves to be safe and feel safe – and we are determined to build stronger, safer communities.

“[Tuesday’s] budget is a clear commitment to building stronger, safer communities; supporting and strengthening An Garda Síochána and also towards supporting victims of crime and Domestic, Sexual and Gender Based Violence.

“We recognise the devastating impact crime has, not only on the individuals whose lives have been affected, but on the wider community. I am committed increasing the number of Gardaí and Garda staff, but also investing in the resources they need to do their vital work protecting the public.

“High visibility policing is crucial to making sure that communities across the country are safe and feel safe,” she said.