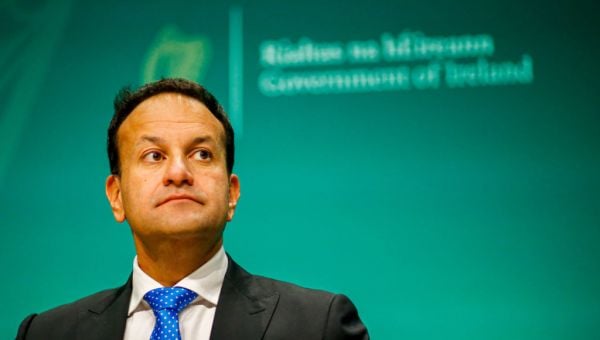 Tánaiste Leo Varadkar has said the Government will reassess the State’s financial situation in the new year to see whether it needs to intervene again to help people.

However, the Fine Gael leader said he did not envisage a mini-budget being implemented.

He described the budget unveiled on Tuesday as a “dynamic response to an unpredictable and rapidly unfolding situation”.

Here are some of the key measures in one thread🧵

“Ultimately this budget is about helping people with the cost of living, reducing the amount of tax you pay, increasing welfare payments and pensions, more money in people’s pockets and reducing some costs that are very high in Ireland, like childcare or public transport or the cost of putting children through college,” he told RTÉ’s Morning Ireland.

“It’s also very much about helping businesses with energy costs too.

“The way it works is that the one-off payments fall between now and Christmas. The energy discounts are before and after Christmas and the increases in the weekly rates happen in the new year.

“So essentially we’re front-loading the budget so that people are getting more upfront. You then see permanent increases in payments, pensions, welfare and permanent decreases in income tax in the new year.

“But we will have to see where we are in January, February.”

He also said energy prices might fall by February, but this was uncertain.

“If prices continue to rise, we will have to look at it again in the new year and that’s why we’ve put money in the tank. We’ve set aside €2 billion voted into the Reserve Fund late last night. And we have other contingency funds as well.

“So yes, we will have to look at the situation come January, February, see where we are in terms of the public finances, what the economy is looking like, and particularly what prices are looking like.

“We do have some financial firepower to intervene again to help people in the new year if we have to, and we might not have to. It is a prudent approach for helping people most now when they need us.

“There is more help in the new year with the energy credits and the tax deductions and increases and weekly welfare payments, but we have set aside some money in reserve in the tank in case we need to help again.”

Mr Varadkar made the comments on Wednesday morning, less than 24 hours after Minister for Finance Paschal Donohoe and Minister for Public Expenditure Michael McGrath officially unveiled Budget 2023 in the Dáil.

The Government’s €11 billion budget package consists of €6.9 billion in budgetary measures for next year, as well as a €4.1 billion package of once-off measures to help tackle the rising cost of living for individuals, families and households.

In one of the State’s most significant budgets in years, the pressure has been on the Government to get the balance right as bills for energy, fuel, groceries and housing soar.

Mr Donohoe said a windfall tax or surplus will be used to fund any further cost-of-living measures that may be needed to help people struggling to pay energy bills.

Among the major measures announced were three energy credits worth €200 each, a €500 tax credit for renters for this year and next year, and double social welfare payments in October.

All social welfare payments will also go up by €12.

Lump sums of €500, €400, and €200 will be paid in November to those in receipt of the Working Family Payment, the Fuel Allowance and the Living Alone Allowance respectively.

A double payment of the €140 child benefit will also be issued in November. Childcare fees will decrease by 25 per cent for centres registered under the National Childcare Scheme.

As part of further once-off measures, third-level student contribution fees will be cut by €1,000, and a double monthly payment will be made to those who receive the third-level SUSI grant.

Sinn Fein said the budget fell short of what was required, with the party’s finance spokesperson Pearse Doherty arguing that more should have been done to help the squeezed middle and those earning €35,000 or less.