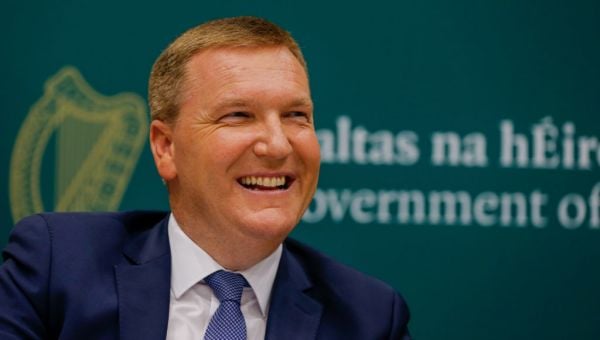 The Government cannot rule out dipping into the €6 billion National Reserve or ‘rainy day’ fund early next year to help people struggling with the cost-of-living crisis, Minister for Public Expenditure Michael McGrath has said.

He added it was “prudent” of the Government to set aside the funds, despite not intending to use them.

“It is a sensible thing to do it is the right thing to do,” Mr McGrath said.

“There is an incredible amount of volatility in the international economy, not least in the energy markets.

Today has been all about putting money back in people’s pockets and helping families with the cost of living. pic.twitter.com/FipFQG6SeL

“We don’t know what will happen with the terrible war in Ukraine.

“But it’s a good thing that we have that reserve. We have that funding there if we need it.

“We don’t intend to use it, but we cannot rule anything out. It all depends on circumstances, and we will use our best judgment as time goes by, as to what is the right decision or course of action to take.”

This is the result of #Budget2023Ireland #Budget2023 in terms of household disposable income. Those who need the most support are getting it. Those who pay the most taxes are funding it. The top 20% of income earners pay 77% of Ireland’s income tax. pic.twitter.com/qozq6Zj5fA

Mr McGrath made the remarks after answering questions alongside Minister for Finance Paschal Donohoe from members of the public during RTÉ Radio’s annual budget phone-in show with Claire Byrne.

Mr Donohoe said the Government had ensured there was a budget surplus so that they have “the ability to help if conditions changed”.

“Michael (McGrath) and I have been united, as has the Government, in saying we’ve brought forward measures that go into a six-month period to provide as much certainty as we can.

“We hope we’ll be in a better place at that point. But the reason why we have a budget surplus is to be able to respond back to conditions that are changing.”

Mr Donohoe described the budget measures unveiled by both ministers on Tuesday as “fair”.

“The Budget showed very clearly that those who have the least get the most … in the round, this is a very, very fair budget,” he said.

They made the remarks after Tánaiste Leo Varadkar said the Government will reassess the country’s financial situation in the new year to see whether it needs to intervene again to help people.

However, he said he did not envisage a mini-budget being implemented.

The Government’s €11 billion budget package included €6.9 billion in budgetary measures for next year, as well as a €4.1 billion package of one-off measures to help tackle the rising cost of living for individuals, families and households.