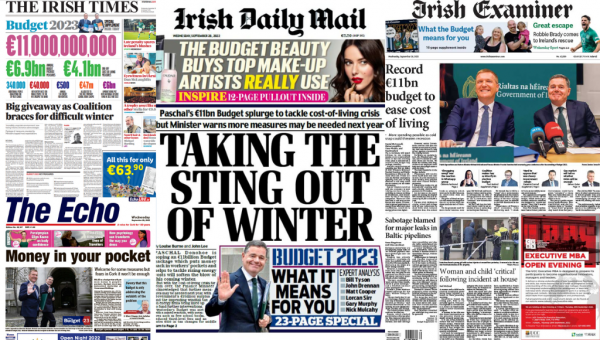 The details of Budget 2023 are examined closely across the national newspapers on Wednesday, while a win for the Republic of Ireland over Armenia provides some sporting relief.

The Irish Times replaces a lead image with the budget’s headline figures, including the total sum of €11 billion and the cost-of-living package total of €4.1 billion.

‘Big giveaway as Coalition braces for difficult winter’ the headline reads, quoting Minister for Finance Paschal Donohoe, who told the Dáil the State is facing into an “incredibly uncertain environment”. 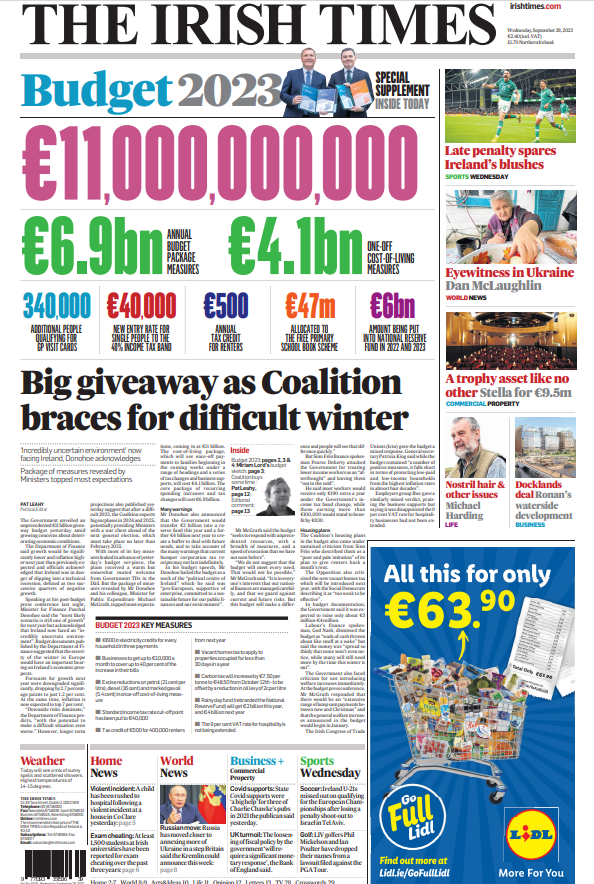 Similarly, the Irish Examiner reports: ‘Record €11bn budget to ease cost of living’, alongside a piece on an incident in Co Clare in which a child and woman were left in critical condition. 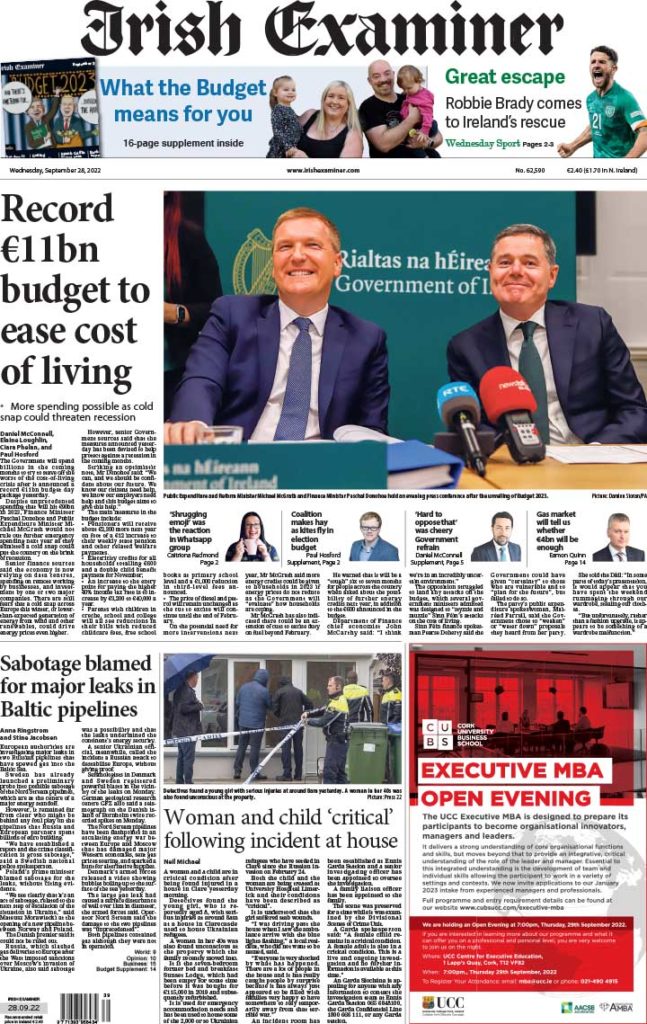 ‘Money in your pocket’ is The Echo‘s top line, paraphrasing a number of Government ministers who, prior to its unveiling on Tuesday, said Budget 2023 was designed to “put money back in people’s pockets”.

The paper adds that many of the measures announced by Mr Donohoe and Minister for Public Expenditure have been welcomed, however, there are “fears in Cork it won’t be enough”. 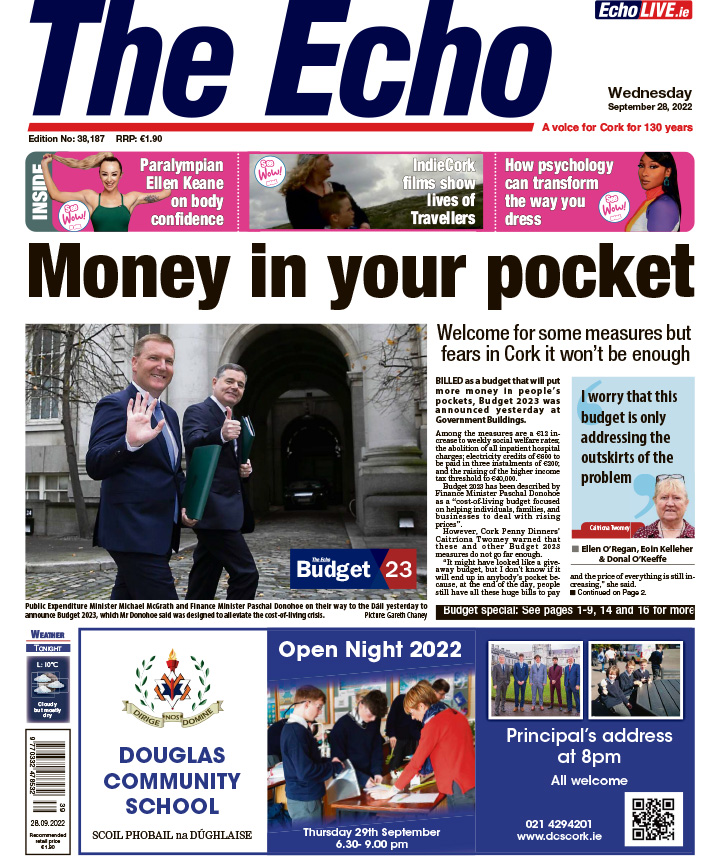 Finally, the Irish Daily Mail also leads with the budget, but adds a warning that “more measures may be needed next year”.

Budget 2023: It’s all over bar the shouting. pic.twitter.com/4gYOxevyPw

In the UK, the national papers feature the fallout from the British prime minister and chancellor’s tax cuts, vaccinations before winter and the successful smashing of an asteroid.

The Daily Telegraph covers the International Monetary Fund telling Liz Truss to reverse the measures in what the papers calls a “rare intervention”.

The Independent says Tory MPs have told Kwasi Kwarteng to sort his mini-Budget “disaster”, while the i reports the chancellor and PM ignored warnings from senior government officials about the economic risks of their plans.

The Sun says Britons are “bricking it” over a “mortgage time bomb” as interest rates head towards 6 per cent next year, with analysts telling The Times property values may fall by 15 per cent.

The Bank of England’s chief economist has said the UK government’s debt-laden plan requires a “significant monetary response”, according to the Financial Times.

The Guardian and Daily Mirror have Sir Keir Starmer vowing to establish a state-owned electricity company to cut bills as he set out his plan for Labour’s return to power.

Guardian front page, Wednesday 28 September 2022 – ‘A Labour moment’: Starmer sets out his plan for a return to power pic.twitter.com/p7W3OKnbB1

The Labour leader is quoted in Metro as telling voters not to forgive the Tories for how they have handled the economy.

One of Stephen Lawrence’s killers has been placed in segregation in jail after he got hold of a mobile phone and sent selfies of himself in his cell to friends outside, says the Daily Mail.

The Daily Express carries the call for millions of people to have flu and Covid vaccines after experts said they were increasingly worried about a bad flu spike this winter.

And the Daily Star says Nasa has successfully crashed a spacecraft into a small asteroid as part of a planetary protection test mission.