CLONMORE go into this final with expectation pressing on their shoulders. Some of this showed in their semi-final victory over Tinryland as their manager, Ciaran Walshe, explained after that game.

“I warned the lads how good they were and if you were to listen to the outside noises the cup is already in Clonmore,” he said.

He feels the players have heeded his comments

“To be honest, they have been a very grounded bunch all year. At the start we put a real ethos on team unity and team honesty. In fairness to the lads they haven’t listened to any hype which has been associated with what people outside the group might be saying. We have a week to prepare and at least we a chance to get back to where we want to be. We have no doubts about the challenge the opposition are going to have,” Walshe added. 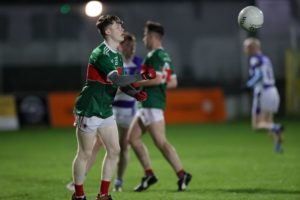 Will Clonmore be celebrating on Saturday afternoon?
Photo: Pat Ahern

Damien Farrell, the Leighlinbridge manager, has no such concerns. He does wonder what effect the extra-time in their semi-final against Ballon would have on the older players in particular. Yet the team has,  predominantly, a young age profile.

“If we can get recovery in the legs it is good preparation.  There would be a lot of cramp but they would be fit. They played well. They battled well. They are a good group of lads and are learning as they go. We know what Clonmore have been doing all year. Blowing teams away but we are in a final now and will give it a go,” promised Farrell. 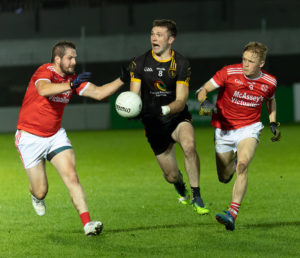 Despite the warnings of the Clonmore manager, it is hard to see his side slip up now. They have been waiting for this day since they lost their place in the intermediate championship last season. Yet, they were far from convincing against Tinryland but they would be well aware of this now.

Walshe wants Clonmore to do Carlow justice in Leinster campaign

Tom Looby: A gentleman and a footballer