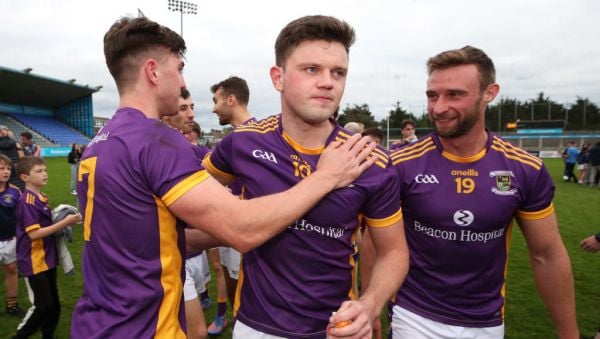 Kilmacud Crokes are through to the Dublin Senior football final after a 12 points to 1-3 win over Thomas Davis.

As the Irish Examiner reports, Paul Mannion will miss the final following an ankle operation that will also affect his inter-county comeback.

Shane Walsh picked up the slack in Mannion’s absence as holders Crokes comfortably returned to the decider.

They will face an up-and-coming Na Fianna side in the final and could yet rue the absence of Mannion – just like they did last February when they lost the All-Ireland club decider without him.

In Laois, Clough-Ballacolla claimed their third title in a row with a 1-24 to 16 points win over Camross.

The holders were pipped by a point (0-12 to 0-11) by the home side at Hastings Insurance MacHale Park and exited the championship after a dramatic finale.

Seven points from Mitchels’ young attacker Ethan Gibbons proved decisive as Castlebar issued a strong statement of intent ahead of a semi-final clash with Westport.

Palatine squeezed home to lift the Nationalist Cup and claim their seventh SFC crown as both teams finished with 14 men.

Watched by an attendance of 2,500 this was the first final meeting of the clubs since Tinryland prevailed by two points (1-5 to 1-3) in the 1950 final. But this time it was the men from the Kildare border who had two to spare at the end.