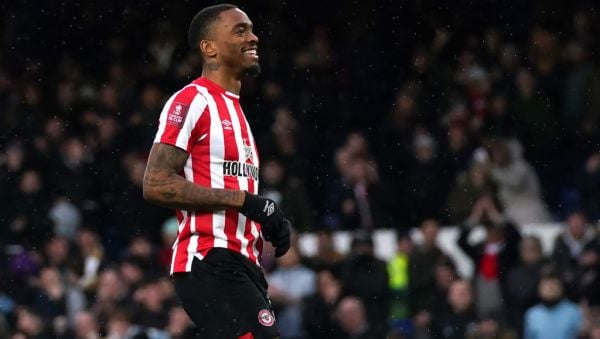 Thomas Frank has backed Ivan Toney to use all his mental strength to shake off his England disappointment and strike back to Premier League form.

Toney won his first senior England call-up for the last international window before the World Cup, only to miss out on an England debut.

Star striker Toney could not quite convert a clutch of half-chances as Brentford laboured to a goalless Premier League draw at Bournemouth on Saturday.

But boss Frank insisted the 26-year-old has all the powers of the mind required to dismiss any lingering international frustrations and hit back to scoring form in the league.

“He needs to do everything he can around the pitch every day, and I think he did that at Bournemouth,” said Frank.

“Ivan was a constant threat throughout the game, it’s not that often a number nine has four or five chances. He was constantly there.

“And he cleared the ball off the line as well, which is important.

“He’s so important for the team, we all want to win all our games, but sometimes you need to collect one point on an average day for us.

“But Ivan’s mentality is one of his biggest strengths and you can see that in the games as well – he misses a chance, he’s on to the next action.

“He is very, very strong mentally and that’s why he is where he is now.”

The Cherries extended their unbeaten league run to four matches on O’Neil’s watch, with the south coast men back on even ground after Scott Parker’s departure.

The 9-0 hammering at Liverpool could have sunk their season on its own, but since then Bournemouth have pulled off three draws and a win at Nottingham Forest.

“I think this would be the first time I’ve gone home a little frustrated,” said O’Neil.

“In the games I’ve been in charge we’ve done well and worked hard, but in this one I felt we could have had a little more and maybe won the game.”