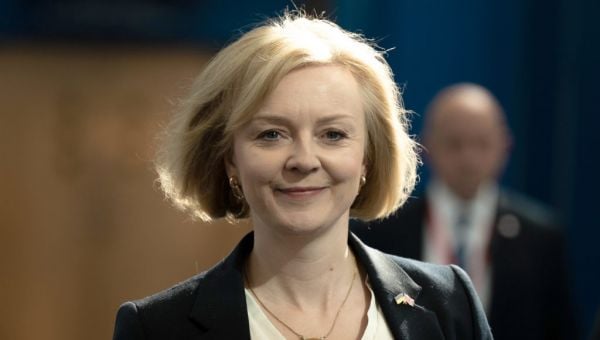 There is no reason why an Assembly and Executive should not be re-established at Stormont now, UK Prime Minister Liz Truss has said.

She also said that she wants a settlement with the EU over the Northern Ireland Protocol which “works for everybody”.

The power-sharing institutions at Stormont have been dormant for months due to a DUP protest against the terms of the protocol, which created trade barriers on goods being shipped from Great Britain to Northern Ireland.

The protocol was agreed by the UK and EU as part of the Withdrawal Agreement and sought to avoid a hard border with Ireland post-Brexit, but is deeply unpopular with unionists.

The UK Government has introduced controversial legislation which would effectively allow ministers to over-ride many aspects of the trading arrangement.

UK and EU officials are due to meet later this week as part of the latest attempt to resolve the protocol impasse.

The UK Prime Minister said in an interview with UTV that the Stormont institutions should be operating while the negotiations and the progress of the bill continue.

“I strongly encourage the parties in Northern Ireland to get on with that.

“I would like to see the Assembly established and the Executive established. I see no reason why that can’t happen now.”

Current legislation states that if Stormont is not restored by October 28th, then Northern Ireland Secretary Chris Heaton-Harris should call a new election.

Asked if there would be an election if the Stormont power-sharing institutions are not restored, Ms Truss replied: “Yes, there will.”

She said: “All of the points that we identified in the (NI Protocol) bill are genuine issues for people in Northern Ireland.

“Whether it is the ability to transfer goods freely between east and west, whether it is about people in Northern Ireland getting the same tax benefits.

“These are really important issues and when we designed the Northern Ireland Protocol Bill we were doing it on the basis of addressing the very real issues.

“We also recognise that the EU have legitimate interests in protecting the single market.

“We have to have something that works for everybody, I am clear about that.

“But we also have to have something which protects the Belfast/Good Friday Agreement.”