AFTER five months away, league soccer is back in Carlow this weekend. With the preseason Carlow Shield tournament having reached the conclusion of the group stages last weekend, it’s time for teams to kick off their season proper this weekend.

There will be three divisions as usual, the Nationalist Premier Division, Tullys Travel Division One and Whites Pharmacy Division Two. There will be nine teams going head to head in the Premier, with one notable absentee, Slaney Rovers.  They have dropped down to Division One for the season having struggled for numbers. A number of ageing players in their side have retired, and they have lost Regan Murphy and Lubomir Lesko to New Oak and Pat’s respectively.

New Oak, who have gone 47 games unbeaten in the league since 2018 and won everything in Carlow last season, will be heavy favourites to claim their third consecutive league title. 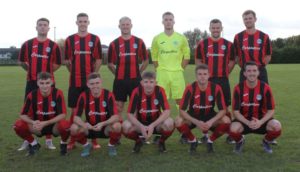 Crettyard under the new stewardship of Peter Donnelly will be expected to raise stiff competition and be their closest rivals again this season. However, they have yet to receive a strong test yet this season having qualified easily from their Shield group without having played any Premier opposition and been given two walkovers. With Danny Doyle returning to Bagenalstown and Lee Salter out for the season with injury, they have lost two of their best players and have a lack of depth which may cost them should they pick up further injuries through the season. Vale will be the surprise package this season, they only side to beat New Oak in Carlow over the past couple of years. With a young, exciting team and an attractive brand of football, they will be looking to make a splash in their first year in the Premier. St. Pat’s will be hoping that they can do well in the Premier this season under the new management of Patrick Brennan. Having finished second from bottom in the league, the former Crettyard manager has his work cut out for him but after signing some talented young players and promoted several B team players from last season, they will be looking to make their presence felt. Parkville finished third last season but changed manager over the summer and lost their captain, Joe Sunderland to New Oak, so it may not be the same Parkville as last season. Gary Walsh will be in charge of Killeshin as they attempt to regroup after last season. With a top front three, they will be hoping to compete this season. Kilree Celtic had a fantastic breakthrough season, and will hoping to avoid second season syndrome. After reappointing Paul Dowling after a disaster season last season but so far this season, have struggled and look set to be embroiled in a relegation battle. Should Hanover lose their place in the Premier, it would be a dark day for one of the biggest clubs in the county, a club who won the Premier title back in 2018. Ballymurphy have for the past few years been at the bottom end of the table and have narrowly just avoided relegation but this season may be the season they finally meet their fate.

Division One will see 10 teams competing for the title. Ardattin will undoubtedly be the favourites having come so close last season but Bagenalstown, who have several members of the Bagenalstown Gaels squad to call on including Danny Doyle, Robbie Kane, Andrew Kane and Cian Doyle, will be hoping to rival them, while Mill Celtic will be hoping it’s finally their turn. Dolmen Celtic will also provide strong competition having been relegated last season from the Premier. St. Joseph’s and Round Tower Rovers have been promoted from Division 2, Slaney, St. Pat’s B, Crettyard B and Parkville B will make up the Division.

Burrin Celtic and Baltinglass will be heavy favourites for the Division 2 title having come so close last season. St. Fiacc’s will also be hoping to compete. Castle Rangers, New Oak B, Hanover B, Killeshin B, Vale B and Nurney Villa will make up the Division.

Carlow League Secretary, Brian O’Reilly said that it would be an exciting season ahead. “I’ve always liked a 9 team Premier so it’s nice to have that. It’s 16 games compared to 18 so it’s a lot better. One team will always be off every weekend then. New Oak won’t get a league game in until November because they have to play their last Shield game against Kilree this weekend and then they have outside competition games.  Division One should be really competitive this season, so many teams could do well. There will be matches across the weekend this season, Killeshin want to play home games on Friday nights, both A and B teams, and then Pat’s are going to play home games on Saturday nights so there will always be games on on Friday and Saturday nights which will be nice.”