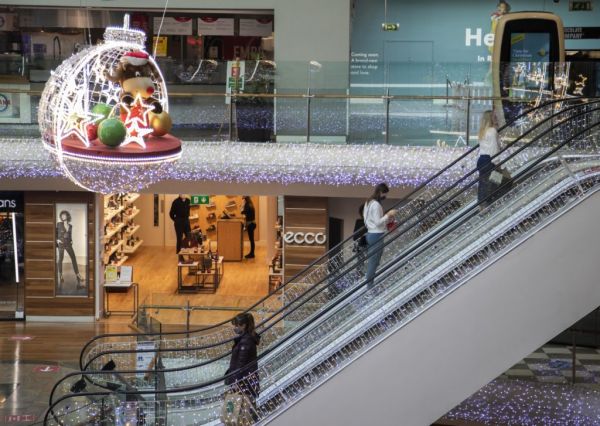 The operators of Dundrum Town Centre can proceed with plans to operate an ice-skating rink on a new site this Christmas after all.

In September, the Hammerson owned business secured planning permission from Dun Laoghaire Rathdown County Council to operate an ice-skating rink for the next three years across a 17-week period from October to January on a site to the rear of Holy Cross Catholic Church in close proximity to Dundrum Town Centre.

However, local resident, David Cooper lodged an appeal with An Bord Pleanála last month against the decision thereby ending any prospect of Dundrum Retail GP DAC operating the ice-rink at the new site this Christmas as a decision would not be made by An Bord Pleanála until sometime next year.

However, Mr Cooper has now withdrawn the appeal allowing the ice-skating rink to proceed for the coming Christmas season at the new site and a final grant of permission has now issued to the Dundrum Town Centre operator.

Mr Cooper was the sole objector to the scheme and in his original objection lodged with the Council, Mr Cooper said that he has lived on Main Street Dundrum since 2009.

He said: “I’ve had to endure the ice rink on the other side of my bedroom wall.”

Mr Cooper told the council that he has two school going children “who can’t get to sleep at night because of the noise issues”.

He said that a current grant of permission for an ice-run is in place for a site beside Sandyford Rd and asked “why can’t the ice-rink remain where it is?”

Mr Cooper said: “If planning permission is granted, I intend to seek a judicial review because of the disruption on to my family and the loss of car-parking spaces.”

A submission made by Ray Ryan of BMA Planning on behalf of Dundrum Retail GP DAC states that the “operators will take every appropriate step to sure that the ice rink is managed to ensure that there are no impacts on amenity of adjoining residential and commercial properties arising from the ice rink and the implementation of the noise management protocols will ensure that no such impacts”.