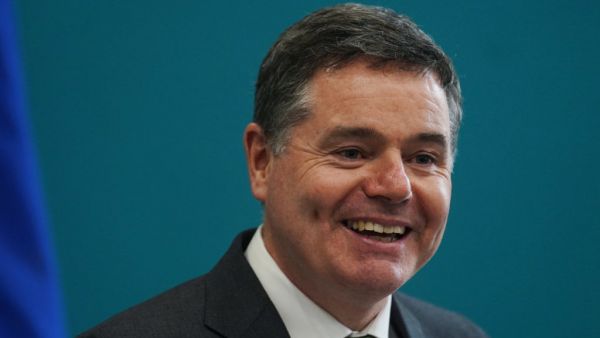 Minister of Finance Paschal Donohoe is to be nominated for a second term as president of the Eurogroup, the Government has confirmed.

There had been some wrangling in the coalition government in recent months over whether Mr Donohoe would retain the nomination for the prestigious EU title when he and his colleague Michael McGrath swap portfolios in mid-December.

As part of the coalition arrangement, the Taoiseach and Tánaiste roles are to be swapped on December 15 between Fianna Fáil leader Micheál Martin and Fine Gael leader Leo Varadkar – halfway through the coalition’s expected time in office.

Though it is not contained in the programme for government, the finance brief and public expenditure portfolio are also to be swapped between Fine Gael’s Mr Donohoe and Fianna Fáil’s Mr McGrath.

A disagreement in the coalition became apparent in September when Tánaiste Leo Varadkar suggested that Mr Donohoe should remain Ireland’s nominee for the Eurogroup role in the best interest of the country.

“Where a small country like Ireland has those key roles, I don’t think we should give them up lightly,” he said.

Mr Varadkar said that this could be done despite Mr Donohoe holding the Public Expenditure role, and had happened in the Eurogroup previously.

This irked some members of Fianna Fáil, with Mr McGrath himself saying that not having the Minister for Finance at the Eurogroup would represent “a significant diminution” of the ministry

“It would also raise a number of important questions, for example, who would represent Ireland at Ecofin, which is the finance ministers from across the European Union, and it would also raise questions about who answers in Dail Eireann in respect of matters to do with European economic policy, capital markets, banking union and so on.

“It does sound tantamount to a division of the Department of Finance which is not something we would agree with,” he said in September.

In a statement on Friday, the Government confirmed it would nominate Mr Donohoe for a second term as president of the Eurogroup, and that he would attend the Eurogroup and Ecofin summits.

“If he is re-elected, minister Donohoe will carry out his duties as president of the Eurogroup as Minister for Public Expenditure and Reform,” the statement said.

Members of the Eurogroup are described as “ministers with responsibility for finance” in EU law.

The process for the election will be announced