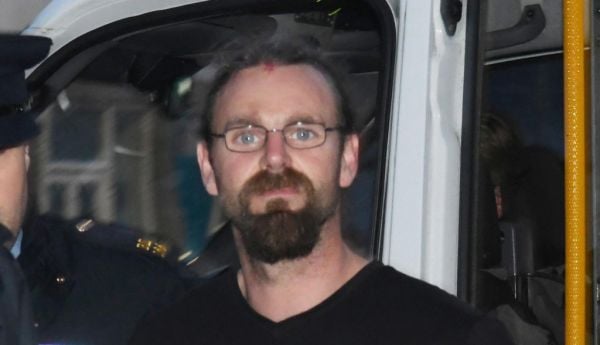 The sister of the man accused of murdering Gda Colm Horkan knew her brother was becoming mentally unwell the day before the shooting and planned to have him admitted to a psychiatric hospital, the Central Criminal Court has heard.

Marian Bruen, a schoolteacher, told Stephen Silver’s trial that when she spoke to her brother on the phone, “he sounded really, really, really hyper-stressed, he was speaking really fast”.

She knew there was “an element of paranoia” in what he was saying and said she had seen similar signs before when he needed to be admitted to a psychiatric hospital. He spoke “crudely”, she said, which is something he would normally not do as he is “very gentle-mannered and polite”.

He also spoke about being under threat and said that Dublin was “full of rats” and warned his sister never to come to Dublin. “He’s always the overprotective older brother,” she added.

She said: “Everything about this conversation was abnormal, it wasn’t Stephen when he is well. I knew he was a nine out of ten. When mum or Aine [Mr Silver’s wife] or me see those signs we know it’s time to get him to hospital.”

Mr Silver (46), a motorbike mechanic from Aughavard, Foxford, Co Mayo has pleaded not guilty to the murder of Det Garda Horkan knowing or being reckless as to whether he was a member of An Garda Siochana acting in accordance with his duty. He pleaded guilty to manslaughter by reason of diminished responsibility, at Castlerea, Co Roscommon on June 17th, 2020.

Ms Bruen told defence counsel Roisin Lacey SC that she was with her brother at his first admission in 1997 and has seen his condition deteriorate at different times since then. She said: “I don’t have any doctor’s cert but I know my brother, I know him when he’s well. He wasn’t well and I knew the signs that he wasn’t well. We have to be attuned to these things because we have to know when it’s time to get him to hospital.”

During the phone call, she said he alternated between speaking quickly, being highly stressed and then being relaxed and calm, signs she had seen prior to previous admissions. She spoke to her mother and they agreed that they would get him home and then bring him to hospital.

Ms Bruen knew that her brother was in Dublin. She said: “I knew he was really unwell and we needed to get him closer to home so we could get him the help he needed, and he almost did make it home.”

James Dwyer SC, for the prosecution, asked Ms Bruen why she had not told gardaí in 2020 that her brother said Dublin was full of rats and warned her not to go there. She said that she did tell gardaí but they did not write it into her statement. “Not every word I said was written down,” she said.

She accepted that she was given an opportunity to read over the statement and change it but said that she was breastfeeding her newborn baby at the time and needed to get home to her other children. She was also in “extreme shock” due to the things that had happened.

Mr Dwyer asked, “Are you loyal to your brother?” Ms Bruen began to cry as she said: “I love my brother.”

This afternoon Professor Harry Kennedy, a consultant psychiatrist, told Michael Delaney SC, for the prosecution that he did not believe Mr Silver qualified for a verdict of not guilty by reason of insanity.

He said he also did not believe that at the time of the shooting Mr Silver’s impairment was such that if he had been assessed by a psychiatrist he would have been subjected to an involuntary detention at a mental hospital.

He accepted that following his arrest he became “very ill” and suffered a relapse of his bipolar disorder. He said he had considered whether the stress of the shooting, his arrest and detention could have contributed to the relapse.

He said that during his interviews with gardaí Mr Silver maintained a “heightened emotional state”, was angry, irritable and self-pitying at times and showed no regret or sympathy for the deceased.

He engaged in “slagging” the detectives interviewing him and showed poor social judgment by expressing no regret over the death and by saying he expected to be released. Professor Kennedy said, “All this can be explained by his personality, heightened under strain following his arrest.”

Professor Kennedy said the accused had a “long experience of behaving in a disruptive way” over many years that required his family and members of the public to call gardaí.

He added: “But he had learned that he could expect not to be charged and, at most, to be treated in a psychiatric hospital. His surprise and outrage at being detained and interviewed is therefore understandable because of this learned impunity.”

He added: “Over time if a person learns that what they do doesn’t have consequences, they will continue doing it.” He said he saw nothing to indicate delusions or hallucinations during his interviews, although he did speculate about conspiracies. Delusions are “fixed false beliefs”, he said, whereas Mr Silver described his theories as possibilities.

He said he considered whether Mr Silver’s “sustained angry and irritable mood” during those interviews was evidence of mania but noted that the accused was capable of controlling his emotions, remained silent at times, took advice from his solicitor and was able to understand the nature and purpose of the interview and the significance of evidence that was put to him.

His more extreme behaviour, Professor Kennedy said, does not require a psychological explanation “other than Mr Silver’s personality”.

The trial continues on Monday before Mr Justice Paul McDermott and a jury of seven men and five women.