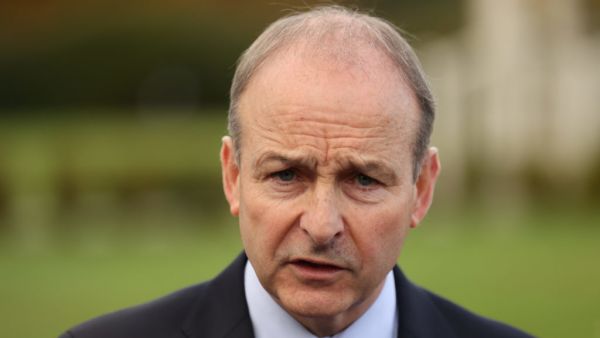 Taoiseach Micheál Martin has criticised the way in which staff were let go at Twitter, saying that it was “not acceptable” and was “fairly unprecedented”.

“We are concerned, and our concern is there for the employees of Twitter,” the Taoiseach told reporters in Co Tipperary.

Twitter is letting a significant number of staff go – reported to be as high as half its workforce – as part of tech billionaire Elon Musk’s dramatic takeover of the social media giant.

“There seems to be a fairly unprecedented approach being adopted here to a global workforce and that’s manifesting itself in Ireland.

“What I would say is no matter who you are or what sector you are in, one must always treat people with dignity and respect, and the employees at Twitter deserve to be treated with respect.”

He said: “The summary notice of dismissal or ‘you’re no longer working’ is not acceptable. It’s not the way we conduct industrial relations or organised relationships between employers and employees.”

Twitter’s announcement comes just a day after the financial company Stripe, owned by Limerick brothers and co-founders Patrick and John Collison, said it was cutting its global workforce by 14 per cent.”

“We over-hired for the world we’re in,” the brothers wrote to staff in an email on Thursday.

Speaking from Singapore while on a trade mission, Varadkar said his thoughts were with the employees at Stripe and Twitter who will lose their jobs.

“Tech companies expanded very quickly, probably expanded a little bit too quickly in the past year or two, and as a result they now have to lay off some staff,” the enterprise minister told CNBC.

“But the number of vacancies in the sector still outweighs the number of people who are looking for employment, so even a slowdown or a downturn in the tech sector I think still means that you’ll have some very successful companies making profits and a lot of people working in that sector.”

Mr Varadkar also said that Ireland had been “careful” not to become over-reliant on any one sector.

“Tech is really big, but so is life sciences, pharmaceuticals, medical devices, and indeed our food and drink industry, and that’s just the traded sector.

“So we’ve been careful to make sure that we don’t have all our eggs in one basket and that’s been part of our success story.”

Ireland’s health minister Stephen Donnelly said it is a “very concerning day” for those affected.

“Do I believe it’s part of a broader move? No, these seem to be specific to a particular purchase of Twitter and moves that are being made there. But nonetheless, it will be a very concerning time.”

Employees at Twitter received an email on Friday morning advising them not to come into the office as their badge access was being suspended.

Labour party spokesperson on workers’ rights, Marie Sherlock, said the way in which Twitter was informing people about whether their jobs were safe was “outrageous”.

“While political leaders were quick to be present for photocalls with Twitter, I hope they are just as quick to remind Twitter and all other companies of their legal responsibilities with regard to collective redundancies.

“Workers in a collective redundancy situation are entitled to a 30 days’ notice and consultation period, and the Minister must be notified of same. It is not yet clear whether Twitter are intending to abide by this.

“The treatment of workers by certain tech companies in recent days is cruel and appalling but it is not surprising,” she said, adding that collective redundancy legislation needed to be improved ahead of a difficult winter.

On the face of it, it appears the manner in which Twitter has acted today towards its workers in 🇮🇪 is illegal.

Under law, collective redundancy process must allow for consultation on whether
1) redundancies could be avoided
2) could be reduced
3) and who goes and stays https://t.co/eWDyOiTAQH