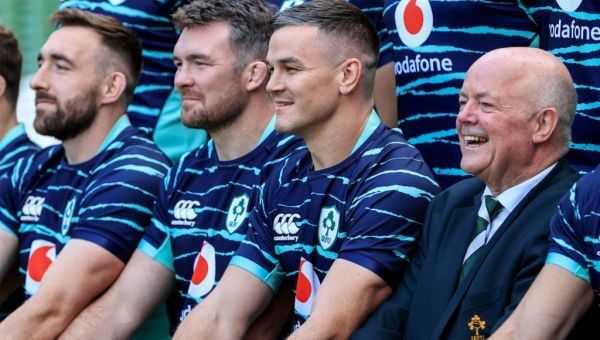 Scrum-half Conor Murray and prop Tadhg Furlong were both forced off through injury.

The Down-native followed up his impressive performances in qualifying to become Ireland’s first world champion in gymnastics.

23-year-old McClenaghan was a bronze medal winner at the 2019 championships in Stuttgart.

Erling Haaland scored from the penalty spot in injury-time as the reigning champions edged out Fulham 2-1 at the Etihad.

Brighton are into the top six after beating Wolves 3-2.

Leeds came back from 3-1 down to beat Bournemouth 4-3 in a thriller at Elland Road.

Nottingham Forest remain at the bottom of the table following a 2-2 draw against Brentford.

It’s nil all between Everton and Leceister.

The six-time All-Ireland winners host Monaghan kingpins Ballybay in the opening-round – and there’s a quarter-past-seven start at the Athletic Grounds.