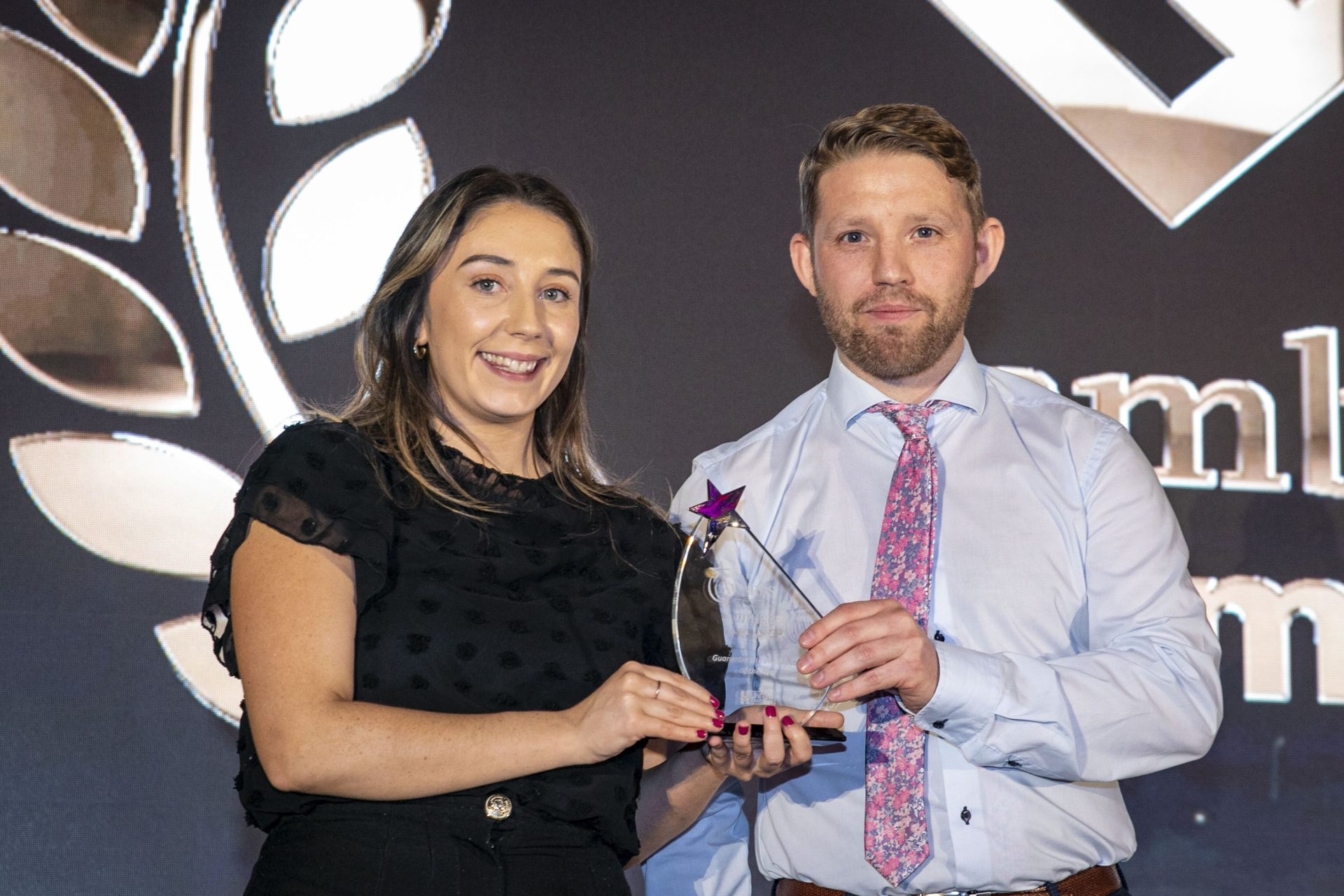 Ray McGlynn from Lambert’s Homevalue is presented with an award by Rowena Maher from Guaranteed Irish
Photo by: Orla Murray/Coalesce

LAMBERT’S Hardware in Hacketstown has just scooped a national award in recognition of its promotion of Irish products.

The Co Carlow-based hardware and builders merchant shop was honoured  at the United in Excellence Awards ceremony at the Slieve Russell Hotel in Ballyconnell, Co Cavan. The Lambert’s team won the Guaranteed Irish Advocate of the Year Award.

The event involved the presentation of 33 awards over various key business categories, such as paint, customer service, light hardware and DIY, merchanting and best regional store. As part of the nomination process, every group-member store across the entire network must comply with a strict set of criteria to ensure that the highest possible standards are continuously upheld. This involves an assessment by store operations, which also includes an independent mystery shopper audit by an external third party.

At the awards ceremony, a cheque for more than €20,000 was presented to the Peter McVerry Trust, United Hardware’s chosen charity.