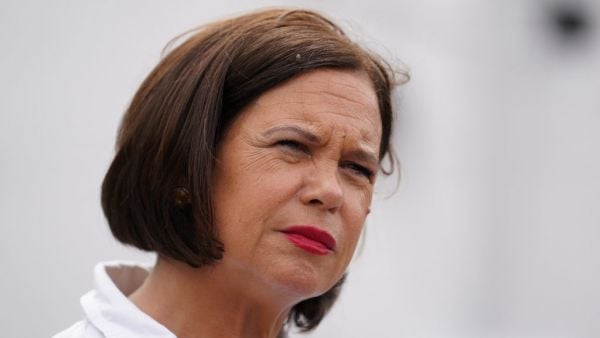 The former Sinn Féin councillor was last month sentenced to four years in prison for facilitating the gangland murder of David Byrne at Dublin’s Regency Hotel in 2016.

Speaking after the party’s Ard Fheis in Dublin, the party leader said she hopes people realise that Sinn Féin had no notion of his wrong doing and wouldn’t have been “within a roar of him”, if they had.

“Had I had, even an inkling, he was involved in any form of criminality, much less what he now stands accused of, he wouldn’t have been within a roar of me, or within Sinn Féin,” Ms McDonald said.

On Sunday, speaking on RTÉ’s The Week in Politics, Ms McDonald said she will speak to all parties about forming a government after the next general election.

Ms McDonald said the party will go out to win every single seat, but once the votes are counted the Dublin TD said she will speak to everyone.

But she went on to say that the best option for the country would be a government that does not include Fianna Fáil or Fine Gael.

Meanwhile, the latest Sunday Independent/Ireland Thinks poll found that Sinn Féin’s support had fallen for the first time in over eight months.

Mary Lou McDonald’s party is still by far the most popular in the country, but its support has dropped three points to 34 per cent.

Fine Gael remain unchanged on 21 per cent, while Fianna Fáil is also unchanged on 17 per cent and the Green Party has dropped one point to 3 per cent.

The Social Democrats are up one point to 4 per cent.

Aontú, which is led by former Sinn Féin TD Peadar Tóibín, is also up one to 4 per cent.

Independents and others are up two points to 10 per cent, while Labour is unchanged on 3 per cent.