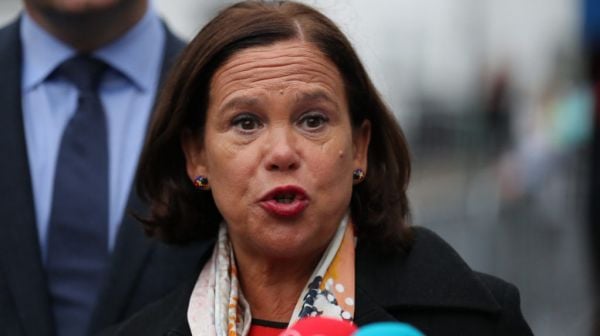 Public support for Sinn Féin has fallen for the first time in over eight months.

That’s according to the latest Sunday Independent/Ireland Thinks poll.

Mary Lou McDonald’s party is still by far the most popular in the country, but its support has dropped three points to 34 per cent.

Fine Gael remain unchanged on 21 per cent, while Fianna Fáil is also unchanged on 17 per cent and the Green Party has dropped one point to 3 per cent.

The Social Democrats are up one point to 4 per cent.

Aontú, which is led by former Sinn Féin TD Peadar Tóibín, is also up one to 4 per cent.

Independents and others are up two points to 10 per cent, while Labour is unchanged on 3 per cent.