‘We can get through anything’: The Romeroes on life lessons from the gaming industry 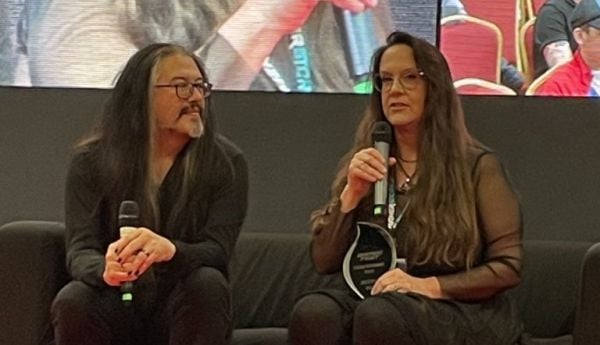 Even with the decades of experience John and Brenda Romero have in the gaming industry, every new project is a chance to learn something about themselves and their team.

Their most recent release in 2020, Empire of Sin was met with criticism for its lack of depth as well as the bugs and glitches at launch. For other small studios it could have been a death-knell, but for Romero Games it was a chance to reflect.

Speaking at the recent Gamerfest 2022 at the RDS on Saturday, October 22nd, Brenda Romero said: “Some of the people who have been working with us have been here for eight years now. I think the main thing we learned was that we can get through anything really.

“The more experience you have and the more practice you have doing something, the better you are going to get at it.”

In terms of the criticisms of the game, Brenda understood where reviewers were coming from.

“I think it was exactly as it was intended to be. As game creators, we cannot dictate how people respond to a game.

“In Empire of Sin’s case, some people loved it and gave it very high score while others took issue with it. We worked hard to respond to all the issues as quickly as we could.”

In general, she said they are conscious of reviews as well as community feedback which gives them an idea of what can be improved or tweaked.

The couple were honoured at Gamerest 2022 with a Lifetime Achievement Award for their contributions to gaming in Ireland as well as the industry as a whole.

Congrats to John and Brenda Romero from @romerogamesltd for winning the lifetime achievement award at @GamerFestIE. Fully deserved for all they have done for gaming in Ireland 🇮🇪 pic.twitter.com/9XJPcJLGsY

The iconic creators behind such beloved games as Doom, Wolfenstein 3D, Quake and Jagged Alliance moved to Ireland from the US back in 2014 after falling in love with country.

They now run Romero Games out of a four-storey building in Galway city. After a number of smaller projects under that moniker, Empire of Sin was their first big foray as a studio.

The strategy role-playing gives players the chance to create their own illicit empire set in 1920s Chicago.

You can choose from several mob bosses each with their own unique skills that give you a distinct advantage in the criminal underworld.

Brenda has experience making role playing games like Wizardry, so she took on the role of lead designer. Despite the criticisms of the game, there is still a dedicated community that share stories with the game and give advice to new players.

Their next game will see John Romero return to his first-person shooter (FPS) roots, but details are still scarce about what exactly it will be.

In a post on their website they said: “We are 100 per cent focused on first-person shooters, the foundation that built our careers, our studio and a genre.

“Our current project is an all-new FPS with an original, new IP. Romero Games is working with a major publisher using state-of-the-art technology – Unreal Engine 5. 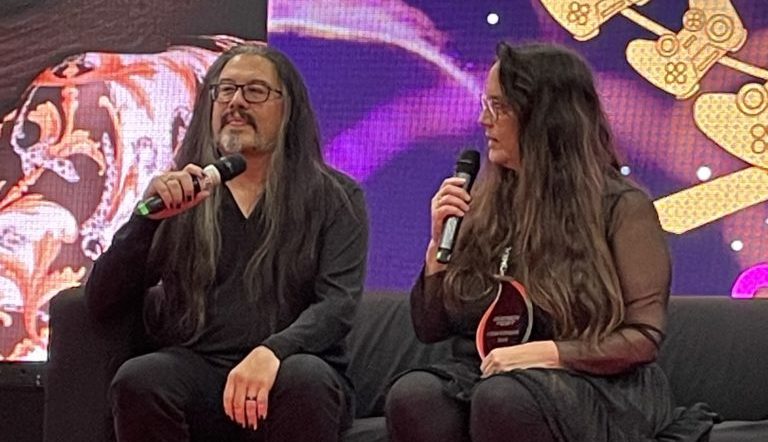 They are currently recruiting for roles across a number of different disciplines such as programming, design and art.

When asked about their new project, John Romero was very tight-lipped: “I can’t tell you anything about out next game. I can’t say anything about it.”

It is clear he still loves the genre though as Brenda said “He plays all the shooters that come out!”

A lot has changed since the early 90s when John Romero created genre defining shooters like Doom and Quake, but he is much happier with how games are made nowadays.

“There are hundreds of people making really great game engines, so we can just focus on creating great games.

“I actually like it is better, back in the day it was all about programming and doing the sound or the art. It is great now because the industry is all grown up, and we can make even better games.”

If you are interested in learning how to code for games, all the resources are online. We didn’t have anything like that back in the 80s and 90s.

Having been at every GamerFest since its inception in 2017, it is clear John and Brenda are committed to growing the industry in Ireland as well as fostering local talent.

It is something they openly speak about speak: “Ireland is a super creative and talented place. As John said we could have moved anywhere, but this is where we wanted to be.

“If you contrast it with Silicon Valley where it is a very dog-eat-dog environment, Ireland has the mentality of a rising tide lifts all boats,” Brenda said.

It is clear they have found their spiritual home and a place where they have true creative freedom. As veterans of the video game industry they have seen it all when it comes to development, but they are still learning with every project and not taking anything for granted.

A John puts it: “I am just so thankful that we still get to make games every day.”