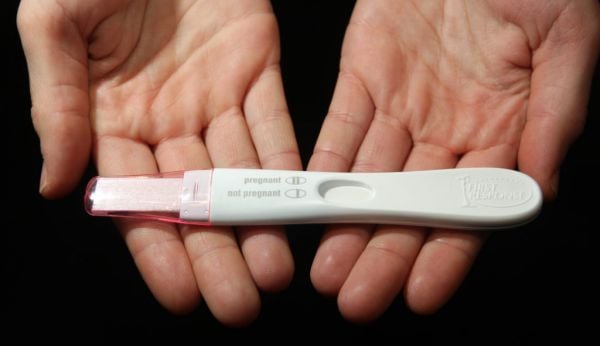 A pro-life group is set to launch a legal challenge to legislation designed to enable the introduction of full abortion services in Northern Ireland.

Abortion legislation in the North was liberalised in 2019 following laws passed by Westminster at a time when the powersharing government at Stormont had collapsed.

While individual health trusts have offered limited services on an ad-hoc basis, Northern Ireland’s Department of Health never centrally commissioned the rollout of full services due to a political impasse at Stormont.

In May 2021 the UK government intervened and laid regulations at Parliament that removed the need for the Department of Health to seek the approval of the wider executive to commission the services.

It also gave the Secretary of State the power to step in and commission the services himself if the devolved health minister failed to do so.

The Society for the Protection of Unborn Children (SPUC) Pro-life Limited challenged the regulations, however the bid was unsuccessful.

SPUC is now appealing that decision.

In October the current Secretary of State Chris Heaton-Harris said he will ensure services are now commissioned in the region.

SPUC has urged Mr Heaton-Harris to respect the devolution settlement and abandon the course taken by his predecessor”.

Liam Gibson, the society’s policy and legal officer, said the appeal will be the “most significant legal actions brought against abortion legislation in UK history”.

“We believe that when Brandon Lewis issued the 2021 Abortion Regulations giving himself the power to direct the actions of Stormont ministers to disregard the terms of the Ministerial Code and the devolution agreement he exceeded his legal authority,” he said.

“Although the High Court did not agree with our case, we believe that both the health department and the Northern Ireland Office have recognised that the 2021 regulations and the Secretary of State’s subsequent directions are, at the very least, highly questionable.

“We’re confident that we can convince the Court of Appeal that we’re right.

“This is one of the most significant legal actions brought against abortion legislation in UK history and we believe that challenging the authority of the Secretary of State has helped prevent Westminster’s abortion agenda in Northern Ireland from being fully implemented.

He added: “The health service in Northern Ireland is already strapped for cash.

“The people of the province face some of the worst waiting times anywhere in the NHS yet, the London Government is so determined to end the lives of innocent unborn children that it will use money earmarked for the preservation of health to push through its radical abortion agenda.”

The challenge to the 2021 Abortion Regulations is set to be heard by the Court of Appeal in Belfast on Tuesday and Wednesday.