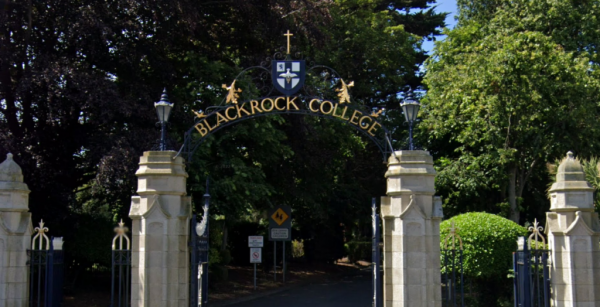 Former Blackrock College students who were sexually abused on the school campus have spoken out publicly for the first time, in a new documentary to be aired on RTÉ Radio 1 on Monday evening.

Two brothers were repeatedly abused while they attended the school during the 1970s and 1980s at various locations — including the college library and swimming pools.

The perpetrators of the abuse were part of the Holy Ghosts Order, now known as the Spiritans, at the school. The order have since confirmed that 57 people have reported that they were abused on the grounds of Blackrock College.

In all, 233 people have made allegations of abuse against 77 Irish Spiritans in ministries in Ireland and overseas.

Over €5 million has been paid by the order to survivors since 2004, include 12 settlements relating to abuse at Blackrock College.

In the case of the two brothers featured in the documentary, neither have spoken publicly about the abuse they suffered until now.

In September 1973, the older brother began his secondary education at Blackrock College. During his first year, one of the teachers took a special interest in him and gradually began to sexually abuse him. The priest who abused him was a Holy Ghost father/Spiritan.

The abuse took place during private swimming sessions at the pool on the school campus. Another priest from Blackrock College also began to abuse the boy. Throughout his abuse, the boy never told anyone.

The second brother was 12, when he first began to be invited by the same priest to swimming sessions on the grounds of Blackrock College and over the next number of years he too was repeatedly sexually abused.

For many years neither brother spoke of their abuse, until early 2002 when clerical child sex abuse filled the news headlines. This led the brothers to reveal their abuse, first to their parents, and then to one another. They made statements to An Garda Síochána which led to multiple charges being brought against their abuser.

By then the Spiritan priest was 82 years old and still living on the grounds of Blackrock College. He denied the charges made against him and launched a legal case, seeking to halt criminal proceedings.

In 2007, the courts decided that the criminal case against the brothers’ abuser should be halted. The Spiritan died in 2010, having never had to face trial.

In 2012, the Spiritans issued a general apology having been heavily criticised in an audit reviewing Child Protection practices. This audit also detailed how serial abusers within the Spiritans went undetected and unchecked, giving them unmonitored access to children during the 1960s, ’70s and ’80s.

RTÉ said the survivors who feature in the documentary are the first people to openly speak about the child sex abuse they suffered at Blackrock College.

The documentary airs on RTÉ Radio 1 at 6pm on Monday, and will also be available on all podcast platforms.