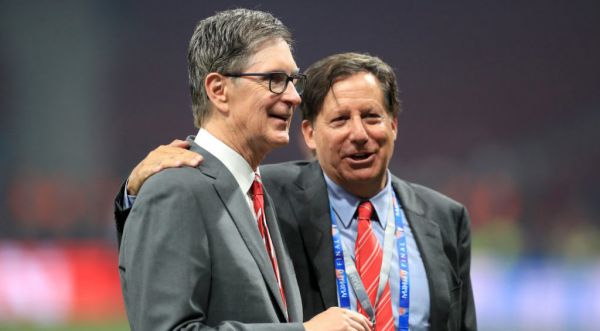 Fenway Sports Group remains “fully committed to the success” of Liverpool amid claims the club has been put up for sale.

A report on Monday suggested the American-based owners had produced a sales deck and investment banks Goldman Sachs and Morgan Stanley were assisting the evaluation process.

However, while FSG admits it is open to accepting new shareholders, it has not gone as far as to say the Premier League club as a whole is on the market.

“There have been a number of recent changes of ownership and rumours of changes in ownership at EPL clubs and inevitably we are asked regularly about Fenway Sports Group’s ownership in Liverpool,” said a statement.

“FSG has frequently received expressions of interest from third parties seeking to become shareholders in Liverpool.

“FSG has said before that under the right terms and conditions we would consider new shareholders if it was in the best interests of Liverpool as a club.

“FSG remains fully committed to the success of Liverpool, both on and off the pitch.”

FSG, then New England Sports Ventures, bought Liverpool for £300million in 2010, completing their purchase after the dysfunctional management of predecessors Tom Hicks and George Gillett had left the club on the brink of administration.

Forbes now value the club at around £3.5bn, and a weak pound currently makes the Premier League club more attractive to overseas investors.