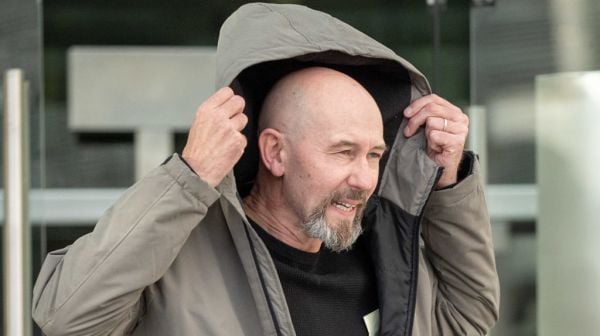 A man has been accused of sending messages on social media threatening that the Russian embassy in Dublin would be “burned down”.

He faces four counts of sending threatening or grossly offensive communications via Facebook with intent to cause harm to the staff of the Russian embassy at Orwell Road, Rathgar, in March.

He appeared before Judge Bryan Smyth at Dublin District Court on Monday.

Garda Austin Larkin told the court Mr Murphy was arrested after a warrant was issued last month. He was taken to Rathfarnham station to be charged.

The DPP directed the case to be dealt with at the District Court level and not in the Circuit Court, which has broader sentencing powers.

Garda Larkin said it happened on four dates from March 4th to 16th.

In a summary of the prosecution evidence, he alleged the defendant sent messages to the Russian embassy’s Facebook account “threatening staff in relation to the invasion of Ukraine”.

The court heard they “made reference to the British embassy being burned down”, which occurred in 1972 and “the same would happen to the Russian embassy, and its staff would not be safe in the State”.

Judge Smyth accepted jurisdiction and acceded to a request from defence counsel John Griffin for an order for full disclosure of Garda evidence, including statements and Mr Murphy’s interview video.

There was no objection to bail.

Mr Griffin said his client consented to conditions sought by the investigating officer.

Judge Smyth ordered the accused to have no contact, directly or indirectly, with the embassy staff, including by electronic means.

He ordered Mr Murphy to appear again in December to enter a plea.