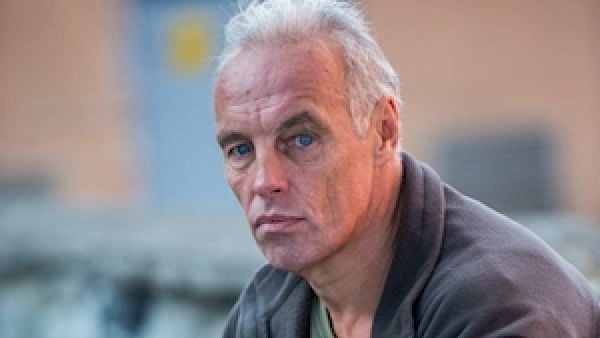 Notorious international hitman Imre Arakas, who is alleged to have supplied guns to an organised gang in the murder of a Lithuanian pop star’s lover, is to be surrendered to that country to face trial, the High Court ruled today.

Arakas (63), whose last address was in Sopruse, Tallinn, Estonia, is wanted to face charges which include a count of murder as well as firearms and conspiracy-related charges in relation to the shooting of Deimantas Bugavicius in November 2015.

At the High Court on Monday, Mr Justice Paul Burns said there was no ambiguity in the warrant received from Lithuania for Arakas’ surrender. Additional information had been supplied to Irish authorities stating that Arakas was to be tried with murder, possession of weapons and criminal damage when participating in preparatory acts before the murder.

Mr Justice Burns said the detail, time and location of the alleged offences had been supplied and that there was no issue with those offences not corresponding with Irish law.

The judge said the respondent had not rebutted the presumption that Arakas was to be tried and that the decision had been made to try Arakas in Lithuania for the alleged offences.

Arakas, who was present in court for Monday’s hearing, spoke only to confirm to his barrister, Aoife O’Leary BL, that he had no issue with flying nor had any outstanding Covid-related issues.

Lawyers for the Estonian native had opposed his extradition to Lithuania as they argued the authorities there had “changed the narrative” in their description of the charges he faces. Arakas (63) is wanted for murder but had challenged his surrender on the grounds that no charge had been “formalised” against him.

The State had written to authorities in Lithuania to clarify what exactly Arakas was wanted for in their bid to extradite him over the murder of Mr Bugavicius.

An eyewitness to the murder of the pop star’s lover has said that the hitman, who has also been jailed here for his role in a Kinahan cartel murder plot, was not present at the scene. Arakas told gardai that he was in Spain on the relevant dates.

However, Lithuanian authorities allege that Arakas was part of a three-man gang that conspired to murder Mr Bugavicius, who was alleged to have had an affair with pop star Vita Jakutiene.

The ex-wrestler was jailed by the Special Criminal Court here for six years in December 2018, after he admitted to conspiring with others to murder James ‘Mago’ Gately in Northern Ireland between April 3rd and 4th, 2017. He was contracted by the Kinahan crime gang to assassinate Mr Gately and had told his associates in coded text messages that he would take out his target with “one shot to the head”.

Arakas had travelled to Ireland from Alicante in Spain on April 3rd, 2017, for the purpose of killing Mr Gately and has been in custody in Ireland since April 2017.

The court heard that Arakas was a member of the Estonian Defence League in the 1990s and was involved in the separatist movement from the USSR. The married father of two had been “scarred and marked deeply” by imprisonment in Russia, the court also heard.

He has previous convictions which include causing deliberate bodily harm, escaping from prison and unlawful handling of firearms.

The court previously heard that Arakas had supplied an alibi to pre-trial investigators in Lithuania stating that he was in Spain at the time of the shooting.

Remy Farrell SC, for Arakas, had said that there may also be an issue regarding the location of the alleged offences against his client.

Mr Farrell had said that the European Arrest Warrant needed to have specific circumstances cited when making an allegation about his client’s involvement.

Mr Justice Burns had said that the murder offence was still alleged, but it had now been clarified that Arakas was no longer thought to have been the actual shooter at the scene.

Mr Farrell said there had been a “change of narrative” in the warrant, which had to make it clear both where the accused person was at the time of the alleged offence and when it took place.

At the previous hearing, Siobhán Ní Chúlacháinn BL, for the State, said that additional information had been received in July of this year regarding the warrant, which said that Arakas was part of an organised group when he was acting with others “for mercenary reasons”. It alleges he was engaged in preparatory actions, including surveillance, supplying weapons and plotting routes for the organisation.

Ms Ní Chúlacháinn said that the warrant alleged that Arakas supplied two nine-millimetre handguns and provided clothes and chemical cleaning substances to others when in the city of Kaunas, Lithuania, before the shooting.

She said that while the factual basis of the allegation may have changed, the legal basis had not and the Lithuanian authorities had always intended to prosecute Arakas for his alleged role in the murder.

Counsel said it was “very clear” that the legal nature of the allegation stayed the same.