Owners of defective apartments fear being kicked out before Christmas 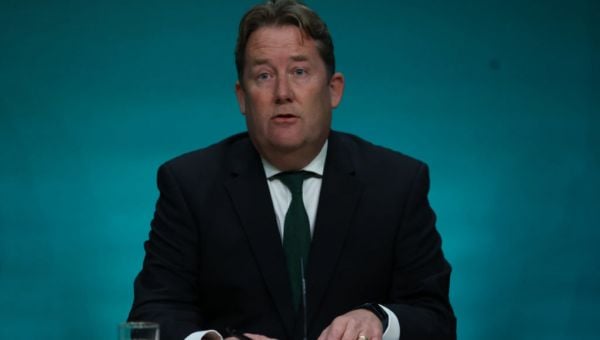 The owners of Celtic Tiger-era apartments with defects have asked that the Government moves quickly, amid concerns that residents could be kicked out of their homes before Christmas.

A working group’s report published in July found that 100,000 apartments and duplexes built between 1991 and 2013 had defects, with fire safety being the most prevalent issue.

The number of homes that may be affected by one or more defects could range between 50 per cent and 80 per cent, the report said, with the overall remediation cost likely range between €1.56 and €2.5 billion.

Speaking in Dublin on Monday, apartment owners said the detail of a redress scheme was urgently needed to end the uncertainty for homeowners.

Sam Doran, of The Crescent apartments in Park West, Dublin, said that each of the apartments in his duplex were asked to pay a levy of €68,500 for remedial works.

He said that until each of the 232 apartments have been fixed, he cannot sell his apartment.

How long residents can remain in the buildings with fire safety defects depends on the fire safety officer, he added.

Barbara Allen, of Hunterswood, Dublin, explained the shock of being first told of the defects and the cost of fixing them, and how the issue had been handled by authorities like “a hot potato”.

She said: “In the space of literally a couple of weeks initially, that rug which was just pulled completely from under my feet, and it’s a horrible feeling.

“The first feeling I had when I woke up was sickness in my stomach, and then I woke up to feeling this cloud of doom.”

She said that there was also “a secrecy” around the defects, and asked why the Government did not inform them that a working group was looking into the issue.

“It’s a very hot potato that seems to move from hand to hand,” she said.

“I was going around for nearly two years, losing my mind with worry and stress, and apparently there was a working group – I didn’t know that. Nobody told me that. We weren’t we told all of this?

“All of this is all created by just a whole secrecy thing… It’s all about keeping it quiet, keeping it contained. If people were transparent… and told us what was going on, I wouldn’t have had those years of stress.”

She said that the campaign to achieve redress was built up of “ordinary mammies and daddies”, young people starting out, and older people trading down.

Michael O’Kane, of Metropolitan Apartments, Dublin, said they were looking for transparency and accountability.

He said: “We feel there’s been a lack of transparency, and I know personally from the Metropolitan Apartments, that’s been going back since 2018.

“It’s only recently that we’ve seen a push and a demand for levies that we weren’t expecting, as owners and residents of a complex. So we feel that there’s a little sense of impunity around how these people are speaking to us about these challenges.”

Mr O’Kane said they also wanted the Minister for Housing, Darragh O’Brien, to look at whether the levies that are being charged per apartment are fair and transparent.

He added: “We also want transparency on how they are coming up with the levies, how they’re picking and selecting the now fire defect companies or fire alarm companies for upgrades, how those levies are being calculated, being raised, and are they fair and are they transparent.”

Of the 100,000 homes identified by the working group, the “Not Our Fault” Apartment/Duplex Defects campaign estimates that around 95 per cent of the people in those homes do not know they’re affected yet.

A public conference is being held on November 19 from 1-4pm in the Plaza Hotel, Tallaght in Dublin, where affected homeowners are invited to attend and share their concerns.

“We’ve been dealing with it for a couple of years now, so what we want to say is, you are not alone, there are people out there who have gone through exactly the same thing that you’re facing into now, please contact us.”