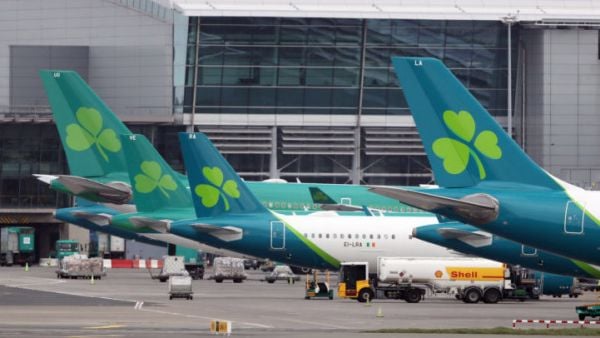 The 2021 pre-tax loss of €384.98 million followed pre-tax losses of €575.86 million during 2020 as the airline’s business suffered large revenue hits and losses due to Covid-19 impact on international air travel.

The €56 million received by Aer Lingus in Covid-19 wage subsidies compared to Ryanair receiving €84 million in payroll Covid-19 support schemes in a number of European countries in the year to the end of March this year.

The schemes were a mix of short-term Covid-19 specific programmes and long-term schemes linked to social security that existed before Covid-19.

The new Aer Lingus accounts also show that the amount paid to directors last year increased by 60 per cent to €3.8 million.

Pay to key management – made up of directors and members of the executive management team – increased from €3.9 million to €4.54 million.

The airline firm recorded post tax losses of €338.86 million after availing of a corporation tax credit of €46 million.

Last month, Aer Lingus reported operating profits of €139 million for the third quarter of 2022, a strong improvement on the loss of €95 million for the first six months of the year.

Aer Lingus chief executive Lynne Embleton said the performance reflects a welcome strength in leisure demand after the ending of the highly restricted travel environment in Ireland which led to significant losses in 2020 and 2021.

“We anticipated the return of demand for leisure travel once Covid restrictions were removed and planned an ambitious summer schedule which delivered a much-needed strong summer after a difficult two years,” the CEO said.