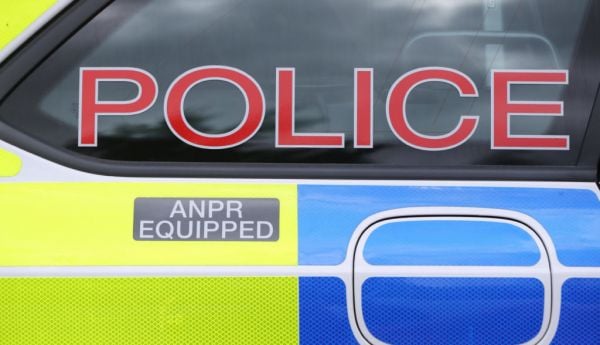 The elderly mother and brother of a man murdered in Co Antrim have said they will not be silenced or leave their home after a death threat.

Glen Quinn died after being attacked in his home in Carrickfergus in January 2020.

He had been terminally ill, and had been told he had five or six years left to live.

His family believe that people with links to the loyalist paramilitary group the South East Antrim UDA were responsible for his murder, and have been campaigning for justice.

At the weekend, his 78-year-old mother Ellen and brother Martin were notified by police of a threat on their lives, and an order to leave Northern Ireland.

They say they have been threatened 12 times since Mr Quinn’s death.

Mrs Quinn said police visited her home at around 10pm on Saturday to tell her about the latest threat.

“The phone rang, it was Martin, and he said ‘mum, I’m on my way out, I’ve two policemen with me, I have got a death threat and you have one too’,” she told the BBC’s Stephen Nolan show.

“I had 24 hours to get out of Northern Ireland or I would be shot. They handed me a form and a booklet.

“We can’t point the finger at anybody but it must be connected to our campaign for Glen’s murder.

“One of the officers did say to me, ‘where are you going to go to’, and I said ‘I’m not going anywhere, I’m not leaving my home’.

Martin Quinn said his threat was worded the same as his mother’s.

“It was that loyalists paramilitaries intend to carry out an attack against myself if we didn’t leave the country within 24 hours,” he said.

“Our family has no connection with loyalist paramilitaries other than the people that murdered Glen, unfortunately they invaded our life by taking Glen’s.

“I have absolutely no doubt that was the persons involved in Glen’s murder are doing this to silence us and they’re going to fail miserably.

“It’s more rage and anger in our family that these individuals would threaten a 78-year-old widow of a Royal Irish soldier in the run-up to Remembrance Sunday. It’s disgusting at any level but at this time of year, what rock did they crawl out from under to do this? It’s an absolute disgrace.”

Mr Quinn said his brother made a number of phone calls before he died of his injuries.

“It was a merciless attack, they attacked him with iron bars and baseball bats.

“Glen was frail, he was fragile, and it was very obvious to anyone he was unwell and they attacked him with ferocious determination … to do that to anybody, but to do that to a dying man and then they walked out laughing and cheering, it’s an absolute disgrace,” he said.

PSNI Superintendent Gillian Kearney said: “Police do not comment on threats made to individuals, however, keeping people safe is our priority and where the Police Service of Northern Ireland receives information that a person’s life may be at risk, we will inform them accordingly.

“Our priority will always be to protect the vulnerable and detect those who commit crime and bring them before the courts.

“Should any member of the public have concerns about criminality in their local area, we would ask them to please share it with police by calling us on 101.

“Alternatively, information can also be provided to the independent charity Crimestoppers on 0800 555 111 which is 100% anonymous and gives people the power to speak up and stop crime.”