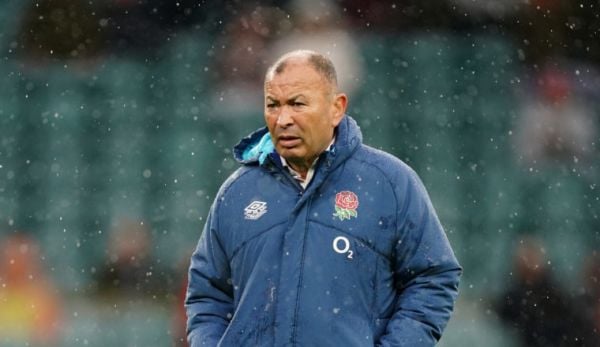 Eddie Jones has urged his England players to bounce back from Sunday’s shock loss to Argentina but says he will continue to use the Autumn Nations Series to experiment with an eye on next year’s World Cup.

Jones insisted he takes full responsibility for the 29-30 loss, believing he allowed attention to stray towards the squad’s long-term expectations, and he expects a reaction when they take on Japan this weekend.

“I was very disappointed with the last game,” head coach Jones said. “We weren’t good enough and it was totally my responsibility.

“When your team doesn’t play to the potential you want, there is always something in the message that you’re giving the team that’s not quite clear.

“When I reflect on the game, we’ve been looking at a number of long-term strategies to get ourselves set for the World Cup, and maybe our focus wasn’t tight enough on the Argentina game. Maybe we were over-thinking a bit, and that’s entirely my fault.

“There’s a cluster of teams at the top of world rugby and we want to break that cluster, and to do that we have to have a number of ways to play the game. This next 11 months is to get enough equipment in our armoury so we can play in any way.”

Jones has made three changes to his 36-player squad for Saturday’s clash with the team he memorably steered to a famous World Cup win over South Africa in 2015, with Northampton duo Tommy Freeman and Alex Mitchell joining Saracens hooker Jamie George in being called up.

George’s return is a surprise after he was initially expected to miss out on the entire autumn series after breaking two metatarsals while playing for Saracens early last month.

“The Saracens staff and our staff have done a great job on him,” Jones said. “It shows the good collaboration between the club and the national team.

“I know he had a final check-up (on Monday) and both agreed he’s ready to keep progressing so we’re hopeful he’ll be in contention for the 23.”

Jones also hopes Manu Tuilagi will be passed fit after he struggled with blisters in the loss to Argentina, and believes his performance against the Pumas more than justified his selection.

“A blister can turn into many things so we’ll just wait and see,” Jones said. “But everything at this time shows him to be in the best nick he’s ever been in, so after that hit-out on Sunday he’ll come into this game in much better condition than he was.”