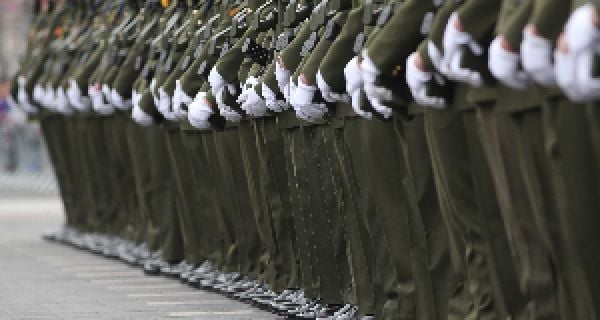 A former soldier has withdrawn his High Court action against the Minister for Defence in which he claimed he suffered ongoing side effects from being prescribed an antimalarial drug when deployed to central Africa in 2010.

Jason Squires (35) alleged in his action that he suffered significant psychological injuries as a result of taking Larium while serving with the Defence Forces during the United Nations peacekeeping deployment to Chad.

The Minister denied all his claims.

The case ran for several days before Mr Justice Tony O’Connor. On Tuesday he was told by Mr Squires’s counsel, Ciaran Craven SC, that the action had been withdrawn.

The judge struck out the case, with the consent of both sides.

The court heard at the opening of the case that Mr Squires alleged he became reclusive and anxious as a result of taking Lariam between January and June in 2010.

The father continues to suffer neuropsychiatric and other persistent symptoms, and he has been taking anti-anxiety and anti-depressant medications, his counsel told the court last week.

Mr Squires, with an address at St Catherine’s Avenue, Rush, left the army a few months after returning from Chad when he was 23.

Counsel said troops were not permitted to participate in the mission to Chad if they were not found fit to take Lariam. He said there were alleged inadequate warnings about the drug’s known side effects and what one should do if side effects occurred.

Lawyers for the Minister said Lariam was the compelling antimalarial drug of choice, as other options had drawbacks.

Liam Reidy SC said it is acknowledged that Larium can cause neuropsychiatric symptoms, but it was the Minister’s contention that such side effects dissipate when a person stops taking the drug.

He said the plaintiff was an adult who attended a medical briefing that warned about the “devastating” risks posed by malaria in Chad. He did not, counsel submitted, suffer any symptoms while on the mission that could be attributed to Larium, but if he did it was his fault for not raising this with medical officers there.