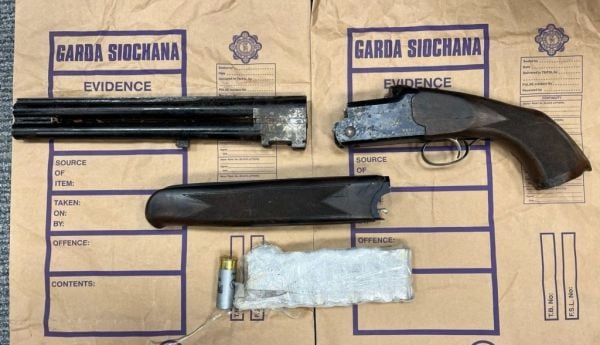 Gardaí have arrested two men after seizing a firearm and ammunition in north Dublin.

Officers saw a man on Glasnevin Avenue dropping a rucksack at about 12.10am on Tuesday. A sawn-off shotgun and ammunition was found inside the rucksack.

Two men, one aged in his 20s and the other in his 30s, were arrested. They are now detained under Section 30 of the Offences Against the State Act 1939 at Finglas Garda Station and can be held for up to seven days.

All the seized items will be sent to the Garda Technical Bureau for further examination.