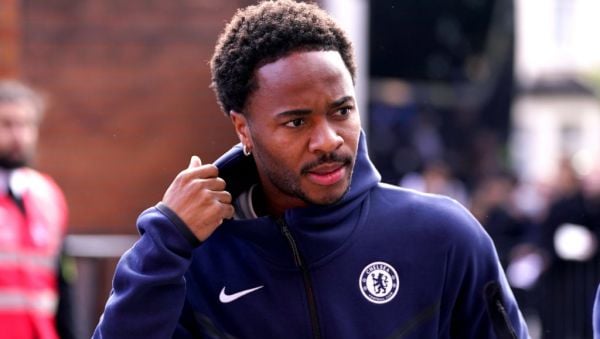 Chelsea boss Graham Potter has defended Raheem Sterling’s poor run of form ahead of the World Cup, saying he has no doubts over a “proven top, top player”.

Sterling, a key member of England’s strikeforce, is expected to be named in Gareth Southgate’s Qatar-bound squad on Thursday.

But the former Manchester City forward has struggled to flourish since his summer switch to Stamford Bridge, first under Thomas Tuchel and now Potter.

The 27-year-old has scored just twice since Potter’s arrival on September 8, and not at all in the Premier League.

“You can tell by his reaction he is honest,” Potter said ahead of Chelsea’s third-round Carabao Cup trip to Manchester City.

“Players go through moments in their career when it isn’t so positive and sometimes everything they touch is gold.

“I don’t think you can zoom in to the individual. The team is not functioning as I would like.

“That has an impact on the individuals and Raheem is an individual within the team. The work for us is to try to improve the team and the structures.

“I have no doubts about Raheem’s quality and ability – he is a proven top, top player.”

Sterling scored three times before Potter’s arrival from Brighton, with his last Premier League goal coming in a 2-1 defeat at Southampton on August 30.

Chelsea have lost their last two Premier League games – their first defeats under Potter – and have not won in four in the competition.

“New faces in the dressing room, new faces everywhere. Trying to get it all to gel, settle down and develop a playing style.

“We’ve got a lot of work to do in terms of that. But that’s why we came here, to produce a top team.”

James has not given up hope of being fit to play some part in the World Cup, and Potter said the defender was “outside today having a little jog”.

City go into the tie in good form having won four and drawn once since their only defeat of the season at Liverpool.

Potter said: “We have to go to Manchester City and be competitive. We will do our best and prepare the team.

“With the greatest respect to our opponent, because they are a fantastic team, but we have to try to win the game.

“There are no short cuts or click of the fingers, and you have to go through some pain sometimes.

“When results were good I was honest enough to say there were things we needed to improve. It’s not as if I could say we had cracked football.

“Performance-wise we can improve a lot. That is the challenge. We are looking forward to this game, and the game at Newcastle (on Saturday). That is when you can learn a lot about each other.”