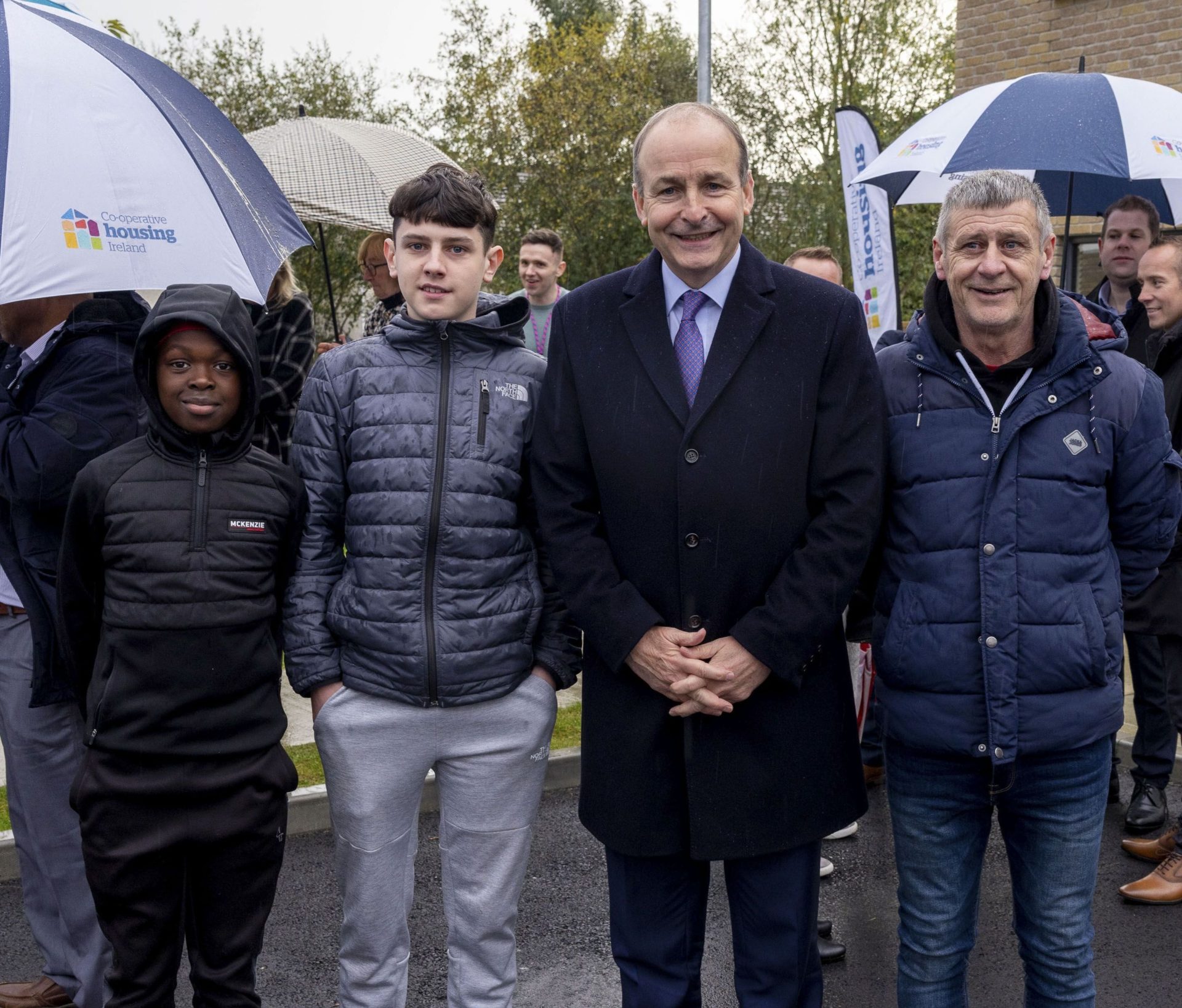 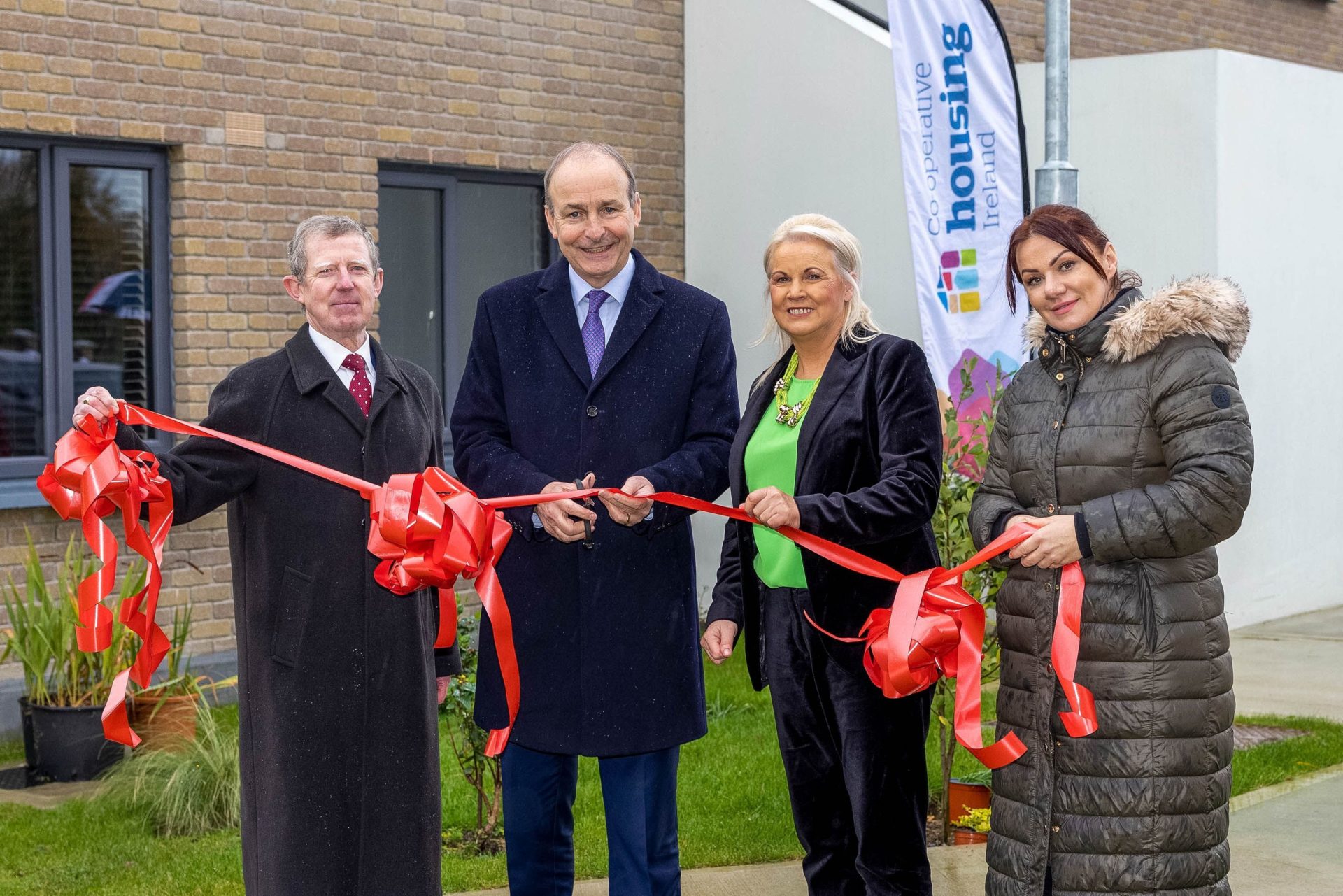 TAOISEACH Micheál Martin was in Carlow on Thursday afternoon, where he strolled about the town centre, meeting the public before going on to attend official duties, including the launching of new homes.

He officially launched Millrace Green, an estate of 22 homes situated off Burrin Road on the outskirts of Carlow town. The homes were delivered by Co-operative Housing Ireland (CHI), an approved housing body.

Taoiseach Micheál Martin said: “The direct delivery of homes by local authorities and approved housing bodies such as Co-operative Housing Ireland is vital to address housing need across Ireland. Partnerships such as these and the role of approved housing bodies like Co-operative Housing Ireland are key to achieving the objectives of ***Housing for All***. The plan calls for the delivery of 90,000 social homes, approximately half of which will be delivered by providers like CHI.”

Millrace Green contains a mixture of A-rated terrace houses and own-door duplex apartments, each fitted with energy-efficient air-to-water heat pumps. The estate is situated in a predominately residential area within walking distance of Carlow town centre.

The taoiseach then paid a visit to Carlow College, where he was greeted by college president Fr Conn Ó Maoldhomhnaigh and vice-president Dr Eric Derr. Mr Martin toured the campus and college facilities and met Ukrainian refugees who are living in Lennon House on the campus.

Fr Ó Maoldhomhnaigh told him that the college has embarked on a process of deepening collaboration with the higher education sector and since 2017 has engaged in discussions with minister Simon Harris’s Department of Further Education and other stakeholders regarding the future strategic positioning of the college.

Deputy Martin said: “I’m delighted to visit the historic Carlow College, St Patrick’s campus and meet such a dedicated team. Carlow College has made a tremendous contribution to higher education in the southeast for 240 years, particularly to those from disadvantaged backgrounds.”

Fr Ó Maoldhomhnaigh thanked the taoiseach for his ongoing support of Carlow College and its plans for its future in the higher education sector.