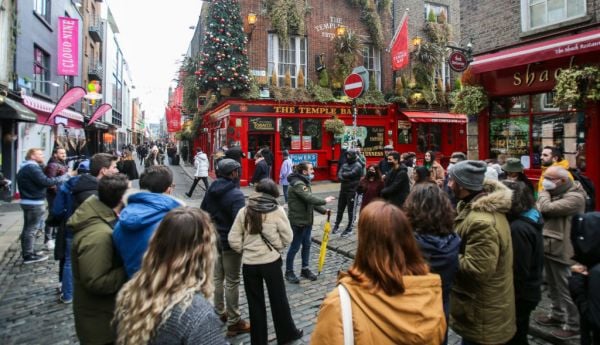 Tourism Ireland is predicting a strong recovery for the sector in 2023 despite “strong headwinds” such as the economy and the war in Ukraine.

The State agency said international travel has rebounded more quickly than anticipated this year – with factors like pent-up demand for travel, deferred bookings and accumulated savings leading to a surge in travel to Ireland.

Air and sea capacity has also been returning at a faster rate than expected, with air capacity for this winter at 102 per cent of air capacity in winter 2019.

Speaking from London where he was attending the World Travel Market, Mr Gibbons said he expected the sector to be “back with a bang” in 2023. He had been anticipating that tourism in 2022 would be 65 per cent of 2019 levels, but said it now looked like it would be 75 per cent.

While “strong headwinds” – such as the economy, currency issues and the war in Ukraine – were likely, Mr Gibbons said such challenges were not unique to Ireland and would be having an impact on other countries too.

Ireland was “hassle free” for UK visitors, despite Brexit, as it remained easy to get to with lots of seats on flights and space on ferries, he said.

Mr Gibbons said there remained a need to rebuild the sector especially during the “shoulder season” and competitiveness would be part of that. Demand was already strong for the first three months of next year, with US interest the strongest. Demand from the UK was lower than he would like, but the prospects for 2023 were looking good, he said.