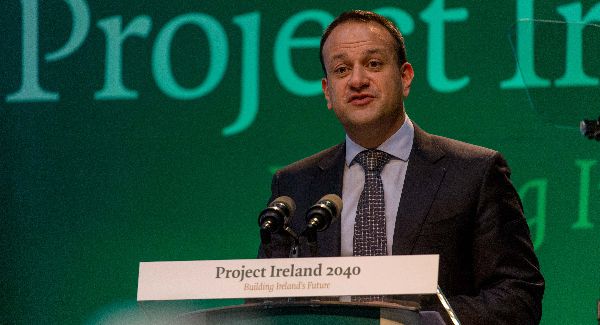 The Supreme Court wants the Court of Justice of the EU to clarify how three issues of European environmental law should be interpreted in a case relating to the Government’s Project Ireland development programme.

The seven-judge court agreed on Wednesday to make the referral in an environmental group’s appeal which seeks to quash the Government’s €116 billion Project Ireland 2040 development programme.

Project Ireland, which comprises the National Planning Framework and the National Development Plan, is the Government’s long-term strategy for land use and development of the country. It was adopted at a special Cabinet meeting in Sligo in February 2018.

The High Court and Court of Appeal previously dismissed FIE’s claims that the 2040 project was invalid due to a lack of proper environmental assessments and a failure to properly address climate change.

FIE, represented by Neil Steen SC and John Kenny BL, instructed by FP Logue solicitors, argued in the Supreme Court that the project’s adoption should be overturned due to an alleged failure to meet the assessment requirements of the Strategic Environmental Assessment (SEA) Directive, which has been transposed into Irish law.

In particular, FIE contended that “reasonable alternatives” to the 2040 project were not sufficiently explored.

The group’s case is against the Government, the Minister for Planning, Ireland and the Attorney General.

The SEA Directive aims to ensure environmental considerations are looked at in certain high-level plans or programmes prepared or adopted by a public authority.

In a ruling on behalf of the court, Ms Justice Marie Baker said a question arose as to whether the National Planning Framework and/or the National Development Plan should be considered “plans” or “programmes” within the meaning of the SEA Directive and, consequently, whether they need to be environmentally assessed under that law.

The State respondents, through their counsel Fintan Valentine SC, submitted that while the framework was assessed for the purposes of the Directive, the assessment was not a legal obligation.

The National Development Plan, meanwhile, is wholly outside the Directive scope as it is a “budgetary policy”, it was argued.

Ms Justice Baker said the first question to be referred to Europe relates to the scope of the SEA Directive.

The second concerns the treatment of the plan as a budgetary and financial plan and whether the fact that it was adopted to support the framework means it should be treated as a plan or programme under the SEA Directive.

The court also wants the European court to consider to whether “reasonable alternatives” have to be environmentally assessed at the same level and on the same basis as the preferred option ultimately selected or whether the level of scrutiny will depend on the stage of the process.