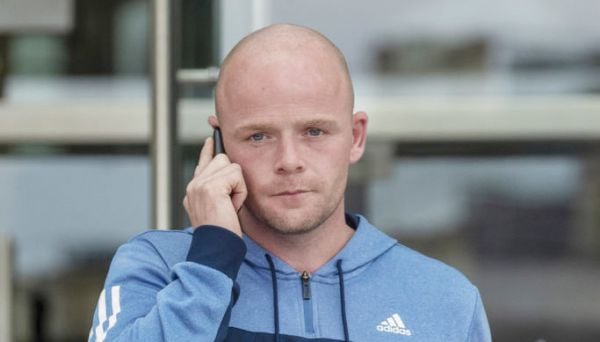 A man who was part of a “haphazard” attempt to rob the Marble Arch pub in Drimnagh has been handed a prison sentence of four and a half years.

Jason Paget (35) pleaded guilty to one count of burglary at the Marble Arch Pub on Benbulbin Road and using a car without the consent of the owner on August 12, 2021.

Paget also pleaded guilty to counts of assault causing harm, taking possession of a vehicle without the consent of the owner and dangerous driving on December 18th, 2021 at Longs Place, Dublin 8. The accused was on bail in relation to the incident at the Marble Arch pub – which UFC star Conor McGregor owns – at the time of this offending.

Paget, of John Field Road, Dublin, is currently in custody and has 15 previous convictions including for aggravated sexual assault and aggravated burglary.

Imposing sentence at Dublin Circuit Criminal Court on Wednesday, Judge Orla Crowe said Paget had fallen into a “spiral of offending” on his return to the jurisdiction after a period living in the United Kingdom.

Judge Crowe noted that the pub was not a domestic premises and had been unoccupied at the time. While the offending took place in a “haphazard fashion”, she said it was a “serious offence”.

The judge handed Paget a three-year sentence on the burglary count. In relation to the events of December 18th, 2021, Judge Crowe said it was “reckless criminality committed by a man on bail”.

Paget had “endangered the public” by driving dangerously across a residential area and had also assaulted a garda in the course of his duties.

Judge Crowe imposed two-year sentences on the counts of assault and the unauthorised taking of a car to run concurrently to each other and consecutive to the three-year sentence for burglary of the Marble Arch pub.

She suspended the final six months of the two-year sentence on strict conditions.

The court heard that gardaí were on mobile patrol in the early hours of August 18th, when they spotted a car parked outside the Drimnagh pub. Gardaí noticed the pub’s alarm was ringing, and the shutter had been forced open.

Two men were seen trying to push a cash register under the door, but they retreated inside when they spotted gardaí. A few minutes later, gardaí went to investigate after hearing dogs barking on a nearby street.

Paget was arrested in the vicinity around 30 minutes later in a highly intoxicated state with a cut on his head.

At around 9pm on December 18th, 2021, a pizza delivery driver dropped the keys of his car while working on the South Circular Road. Three men took the keys and drove off in his car. Gardaí pursued the car, which was driven by Paget.

During the incident, the car drove on the wrong side of the road and the wrong way on a roundabout. At one point, the car was being driven on two wheels around corners, forcing other road users to take evasive action.

The car later crashed into a parked car at Longs Place. The car chase lasted approximately ten minutes, moving from Dublin 12 to the Dublin 8 area. The three occupants of the car fled the scene, with gardaí in pursuit.

Paget engaged in a struggle with Garda Dara Higgins and did not submit to arrest. He was sprayed with pepper spray and struck with a garda baton.

He fell to the ground taking Garda Higgins with him. Paget was arrested and taken to Crumlin Garda Station, where he was assessed by a medic.

Garda Higgins was brought to St James Hospital, where he was found to have a fractured hand. Paget was also taken to the same hospital for further medical assessment where he spoke to Garda Higgins using foul language.

Separately, a second man who pleaded guilty to the burglary of Marble Arch pub will be sentenced next month.

Charles Darcy (34) pleaded guilty to one count of burglary at Marble Arch pub, Benbulbin Road, Drimnagh and using a car without the consent of the owner on August 12th, 2021. Darcy of John’s Lane West, Dublin 8 also pleaded guilty to possession of a firearm at Longs Place, Dublin 8 on December 18th, 2021.

Judge Crowe noted that victim impact statements were submitted by Garda Higgins and the delivery driver, which spoke of the “significant knock-on effects” of this incident.

She said the court noted that Paget has a support system in the United Kingdom and wished to return to his family there.

Judge Crowe noted that he had addiction issues at the time of the offending but is taking steps to deal with this. The probation report stated Paget is at high risk of reoffending.

She also imposed the mandatory two-year driving disqualification in relation to the count of dangerous driving.

Karl Monahan BL, defending Paget, told the court that this client wished to apologise for his use of foul language towards the injured garda.