Meta job cuts: What has happened to the tech giant? 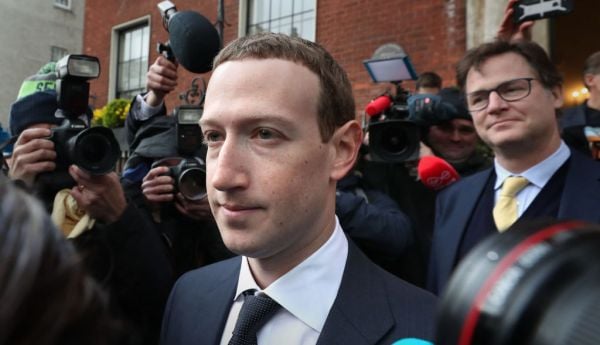 Facebook owner Meta has confirmed it is cutting 13 per cent of its global workforce as part of cost-cutting and a restructuring of the company.

In a message to staff announcing the cuts, founder Mark Zuckerberg apologised and took responsibility, saying he had “got it wrong” on some of the company’s business decisions.

In Ireland, the cuts are set to impact Meta’s 3,000 directly employed staff, although the scale of the lay-offs is not yet known. If the cuts in Ireland are in line with the 13 per cent target then about 390 Irish jobs could be lost, although there is a belief within Government that the number of job cuts may be lower.

So how has Meta ended up here?

The economic slowdown globally has hit all major firms, with rising inflation and other factors hitting revenue.

But the tech sector has been particularly affected because many firms took on more staff after seeing increased revenue and customer demand during the pandemic as more people moved online.

The result now as the economy slows is that many firms are finding they have teams too large to maintain – Snapchat and Twitter are just two notable examples that have also recently announced substantial job cuts.

Some of Meta’s, and the wider industry’s, issues are also being driven by a drop in advertising spend – a key revenue source for platforms such as Facebook and Instagram – as advertisers tighten their own belts in order to survive the current economic headwinds.

It means firms such as Meta are now having to look at other ways – such as staff cuts – to save money.

In his statement to staff on the cuts, Mr Zuckerberg said: “The macroeconomic downturn, increased competition, and ads signal loss have caused our revenue to be much lower than I’d expected.

“I got this wrong, and I take responsibility for that.”

Pressure on Facebook and Instagram is also coming from rising competition in the market for both user attention and advertising spend.

Apps such as TikTok and BeReal are taking valuable screen time from Meta’s platforms, which again hurts the company’s position with advertisers, as does platforms like Netflix also starting to introduce advertising.

TikTok’s short-form video approach is attracting younger users at a higher rate than Meta’s apps, while BeReal is growing off the back of the increasingly negative sentiment towards social media in general and the impact that extended screen time has on mental health and wellbeing.

In contrast to the traditional social media approach of constantly serving users content in order to try to keep them online, BeReal only permits users to post once a day when the app prompts them to, and they can see only content from their friends once they have posted themselves.

Meta has also admitted that its business has been impacted by Apple’s privacy updates which greatly reduce the ability of apps and advertisers to track user activity and target them with adverts based on this data.

And the company is facing looming independent regulation for the first time, with a number of countries working on new content and safety rules for social media platforms – with potential fines running into billions of pounds and site blocks as penalties for breaking the proposed rules of the UK’s Online Safety Bill.

But perhaps the biggest issue for Meta specifically is Mark Zuckerberg’s decision to shift the company’s focus to the metaverse.

This is the idea of an immersive online world for people to work and socialise in that is often reached using virtual reality headsets, and one which Mr Zuckerberg believes will become the next generation of the internet.

However, it remains a concept and does not yet exist in any substantial form beyond a handful of specific and limited apps.

But Meta has pledged to spend billions of dollars each year on building and expanding the metaverse, despite concerns that it may never take off as a way of going online.

Some tech experts have noted that virtual reality, the technology which underpins the metaverse, is itself yet to gain significant traction with the public despite having been available for several years.