Meta to cut more than 11,000 jobs globally with Irish staff at risk 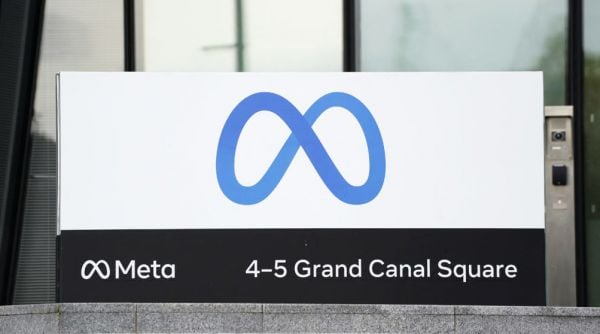 Meta has said it will let go of 13 per cent of its workforce, or more than 11,000 employees, in one of the biggest tech layoffs this year as the Facebook parent battles soaring costs and a weak advertising market.

The announcement will impact some of the 3,000 Meta employees in Ireland, a company spokeswoman confirmed.

If the cuts in Ireland are 13 per cent then about 390 Irish jobs could be lost, although sources believe the final figure could be higher.

In a statement, Meta said the 6,000 or so contractors it employs in Ireland through third party companies will not be affected.

It confirmed the timeline and process for redundancies in Ireland will be defined by Government guidelines, with potentially impacted employees entering collective consultation.

“As the location of our international HQ, Ireland is an integral part of our company and our operations,” the spokeswoman said.

“Today’s announcement and the process does not have any impact on Ireland’s status, or on our long-term investment plans in Ireland.”

The broad job cuts, the first in Meta’s 18-year history, follow thousands of layoffs at other major tech companies including Elon Musk-owned Twitter and Microsoft.

The pandemic boom that boosted tech companies and their valuations has turned into a bust this year in the face of decades-high inflation and rapidly rising interest rates.

The pandemic-led boom that boosted tech companies and their valuations has turned into a bust this year in the face of decades-high inflation and rapidly rising interest rates.

“Not only has online commerce returned to prior trends, but the macroeconomic downturn, increased competition, and ads signal loss have caused our revenue to be much lower than I’d expected,” chief executive officer Mark Zuckerberg said in a message to employees.

“I got this wrong, and I take responsibility for that.”

The company also plans to cut discretionary spending and extend its hiring freeze through the first quarter. But it did not specify the impacted regions or the expected cost savings from the moves.

It now expects 2023 expenses of as much as $100 billion (€99 billion), compared with up to $100 billion previously, with more of the resources being focused on areas such as artificial intelligence, ads, business platforms and the metaverse.

Wall Street has been losing patience over Zuckerberg’s enormous and experimental bets on his metaverse project, a shared virtual world, with one shareholder recently calling the investments “super-sized and terrifying”.

Concerns over the spending spree have wiped off more than two-thirds of Meta’s market value so far this year. But its shares rose 4.5 per cent to $100.80 before the bell on Wednesday.

The company did not disclose the exact charge for the layoffs, but said the figure was included in its previously announced 2022 expense outlook of between $85 billion and $87 billion.