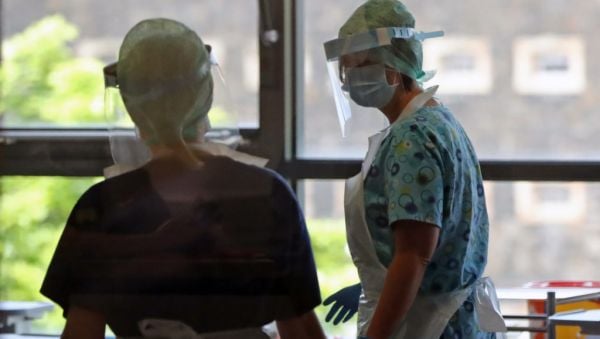 Nurses in Northern Ireland have voted to take part in strike action over pay levels and patient safety concerns.

They are set to join colleagues across the UK in taking action, with the first strike expected to take place before the end of the year.

It said there are 2,493 nursing vacancies in Northern Ireland’s HSC (Health and Social Care Service), and a similar number in the independent sector.

The Fair Pay for Nursing campaign is calling for a pay rise of 5 per cent above inflation.

Rita Devlin, director of the RCN in Northern Ireland, said the decision to strike was not one that was taken lightly.

“Nurses in Northern Ireland have today spoken loudly and clearly to tell our politicians that we can no longer tolerate the unacceptable and at times unsafe conditions that nursing staff are putting up with, day in day out,” she said.

“This is not a decision that has been taken lightly, but it is clear that our members feel they have no other choice but to take action on behalf of their patients.

“Three years ago we were preparing for the first ever strike action undertaken by the RCN across the UK.

“None of us thought we would be back in the same position so quickly and many of members will be very dismayed that we are here again.

“However, a key part of being a nurse is to advocate on behalf of patients and this decision is undoubtedly based on the fact that nurses are reporting that they simply cannot give the level of care and treatment to patients that is required.

“Low pay has made it very difficult to retain nursing staff and if it is not addressed quickly, we can only expect conditions to deteriorate further.

“In addition, nurses in Northern Ireland are once again the lowest paid in the UK thanks to the current political situation.

“This is completely unfair and has only served to make our profession feel more undervalued than ever before.”

Acknowledging the outcome of the RCN ballot on industrial action, the Department of Health has said it shares the frustration of NI health care staff at the ongoing absence of a pay award for this year.

In a statement, the NI Department of Health acknowledged the outcome of the RCN ballot on industrial action.

It said GMB members working in the health service have also voted for industrial action and ballots are ongoing at other health unions.

“The Department shares the frustration of Northern Ireland health care staff at the ongoing absence of a pay award for this year,” it said.

“Due to unprecedented circumstances, we have been unable to progress with national NHS pay body recommendations for 2022/23.

“We will continue to liaise with the Northern Ireland Office in relation to our financial position.

“We greatly value our health care staff and very much regret that so many of them believe industrial action is necessary.”

The Department said it is planning “for a very difficult winter period”.

It said in the event of strike action proceeding, it will work closely with trade unions with a view to protecting critical services as much as possible.

“However, there will inevitably be an impact on patient care, and further impairment of already highly pressurised services,” it added.