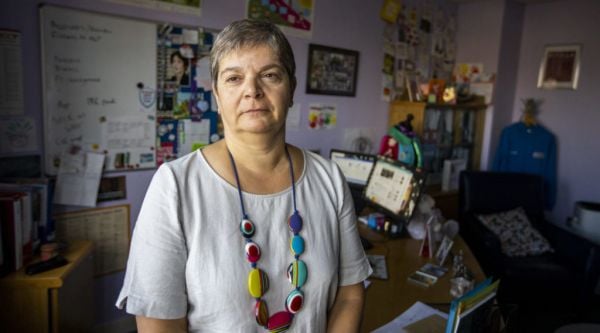 Paramilitary groups in Northern Ireland are subjecting young people to coercion, threats and sexual exploitation, a Westminster committee has heard.

The region’s Children’s Commissioner Koulla Yiasouma described both loyalist and dissident republican paramilitaries using young people “to do their dirty work”, such as drug dealing and civil disobedience.

Giving evidence to the Northern Ireland Affairs Committee on the effect of paramilitaries on society, Ms Yiasouma criticised efforts by government to address the issue as not joined up, and said police have work to do to gain confidence among some young people from deprived backgrounds.

She also said the current collapse of the Stormont government is not helpful, and while some faith-based groups do good work, she said she felt church leaders have not spoken out enough.

However, she stressed that the overarching factor of poverty and inequalities in the education system must be addressed to protect young people.

Ms Yiasouma described “peaks and troughs” of paramilitary influence, with a spike in April 2021 during disorder in the loyalist communities where young people were being ordered to take part in rioting.

“They do it because they need to do it to survive in their community and that’s a really important point to make, and with a threat or a fear of significant repercussions if they didn’t acquiesce,” she told MPs.

“If you don’t see the police as a legitimate force, and I believe the police in Northern Ireland are the only local law enforcement agency that we have and we should have, but if you live in a community that doesn’t trust that the police will keep them safe, what is your alternative? You have no alternative so you have to do what you have to do to keep yourself safe.

“Government is not working together around what are ultimately the same group of young people who are working with social services, who are having additional education programmes, who are in our criminal justice system.

“I’m not convinced that government funding to vulnerable young people is being spent as wisely and as efficiently as it should.”

Ms Yaisouma said there are “pockets of good practice” in terms of police engagement with young people on the ground.

But she said she has told the Police Service of Northern Ireland (PSNI) that they “need to be much better at supporting your local officers on the ground in how they engage with young people”.

“Young people in these communities seeing the PSNI as the agency there to protect them needs to be built on because at the moment they don’t,” she said.

“So when they’re being approached and coerced by these groups, they look up and there’s no one there that can stop that happening for them, and that’s the problem.”

Ms Yiasouma also urged that how paramilitary groups are referred to changes.

“Young people, particularly in some communities, have this romantic notion of paramilitary groups, and we need to move away from that language. These are armed groups. There’s nothing that suggests to me that they’re doing anything other than criminal activity,” she said.

Meanwhile Ms Yaisouma said there are around 200 young people who do not appear to have returned to school following the coronavirus pandemic.

“There is a group of young people in the couple of hundreds that the system doesn’t understand where they are and how they’re getting on,” she told MPs.

“We need to drill down, and we are working with both the Education Authority and Department of Education to do that.

“We also know that a number of parents have deregistered their children to home educate them, and that that whole system needs to be properly addressed and in particular to ensure those parents are receiving the support that they need to be able to educate their children.”

“It will cost a lot now, but it will save a lot in the future, particularly in the lives of children, young people.

“The other top line for me is a radical reform of our education system.”