Robert Page: I was never going to leave Joe Allen out of Wales’ World Cup squad 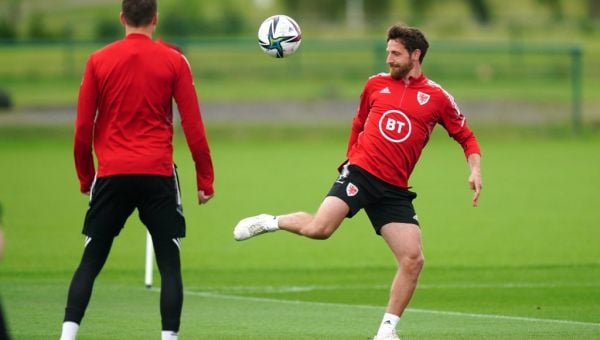 Robert Page admits he was never going to leave out Joe Allen of Wales’ World Cup squad, even though doubts persist over whether the Swansea midfielder will be fit to play in the tournament.

Allen, who played at both Euro 2016 and Euro 2020, remains a key player for Wales at the age of 32 but has not played since damaging his hamstring on September 17th.

He was among a 26-man squad announced for this month’s tournament in Qatar on Wednesday as Page returned to his Rhondda roots to name Wales’ first World Cup group for 64 years.

“We’re giving him every opportunity to be fit,” Wales boss Page said as he unveiled his squad at Tylorstown Welfare Hall, where he played snooker as a teenager before embarking on a football career that saw him play for Sheffield United and Watford and win 41 caps for his country.

“He’s progressing as we want him to and we’ll give him every opportunity to be fit for the first game.

“I phoned him a couple of days ago to tell him he was in the 26 just to take that pressure off him.

“If he’s fit, he’s playing. He’s massive for how I play and the success we’ve had.

“He’s got vast amounts of experience playing tournament football as well, so he knows the game inside out and that’s invaluable. That’s why I’m throwing everything at it.”

Gareth Bale captains the squad after coming off the bench to score a crucial late goal in Los Angeles FC’s MLS Cup final triumph over Philadelphia Union – his first action since September.

Bale, who has returned to Wales after playing in California on Saturday, said after LAFC’s triumph that he is “not 100 per cent at the moment” after having a “few little issues”.

But Page said: “Has he played as many minutes as we’d like? Probably not. But that doesn’t worry me.

“He’s proved time and time again when he puts the Welsh jersey on, irrespective of how many minutes he’s played at domestic level, he’s always produced.

“On big occasions he’ll always turn up, thrive, and enjoy it. No question about that. He’ll have an effect on the game straight away and when opposing managers see his name on the team sheet they’ll know.

“It’s the power that people like Gareth have because they always deliver.”

They complete their group fixtures against England on November 29 – a third game in nine days.

Asked if Bale could start all three games, Page said: “That’s the million dollar question. We don’t know, we’ll assess each game as it comes.

“We’re just fully focused on the first game. Hopefully get off to a positive, which is not losing the game.

“We’ll have a plan moving forward for the second one. If he’s part of that great, if he’s not we’ll manage the minutes.”

There are no surprises in the squad, with Page backing up earlier comments that he would be loyal to the players that secured Wales’ qualification.

Chris Gunter and Jonny Williams, two survivors of Euro 2016 and Euro 2020, are selected despite now playing in League Two respectively at AFC Wimbledon and Swindon.

Tom Lockyer is the beneficiary of Rhys Norrington-Davies’ absence because of a serious hamstring injury.

The Luton defender returns to the squad after a 14-month absence, his last cap coming in a friendly with Finland in September 2021.

Leeds forward Tyler Roberts was ruled out after picking up a calf injury while on loan at QPR.