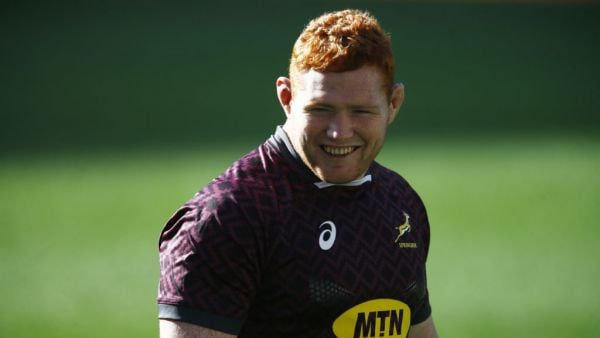 The 30-year-old has penned a three-year deal with the province.

Kitshoff was part of the South Africa team which claimed the 2019 World Cup in Japan.

Part of the famed Springbok ‘Bomb Squad’ his move to Ulster had been widely rumoured and Ulster confirmed the news on Wednesday.

“I’m really looking forward to making the move to Belfast next year. I know, from everything I’ve heard, that when I line out for the first time in front of a home crowd at Kingspan Stadium, it’s going to be a really special moment.”🙌

Kitshoff has played 73 times for his country, including starting against Ireland in the 19-16 defeat to Ireland last weekend.

He will join Ulster from the DHL Stormers with whom he captained and won the 2022 United Rugby Championship Final.

He has previously had a spell in France with Bordeaux Bégles from 2015-2017.

He won a Junior World Cup Championship in 2012 as part of the South Africa U20 side.

Ulster head coach, Dan McFarland, said: “We are excited that a player of Steven’s quality has chosen to be part of the journey we are on as a club. As one of the best players in his position in the game right now, he will bring a world-class edge to our front row which will benefit our squad now, and in the development of our younger players as they come through the Ulster system.

“His set piece excellence and the physical edge to his play will, together with his winning mindset, be a real asset to us when he joins us next season, and we look forward to welcoming him to the province.”

Kitshoff, said: “It’s clear that Ulster is on an exciting journey, and it’s one that I want to be a part of. With some big wins recently, it’s my ambition to be part of the squad that takes that next step and secures silverware for the province.

“I’m really looking forward to making the move to Belfast next year. It’s going to be a change, but I know, from everything I’ve heard, that when I line out for the first time in front of a home crowd at Kingspan Stadium in an Ulster jersey, it’s going to be a really special moment.”