Tadhg Furlong: It will be ‘class’ to captain Ireland for first time against Fiji 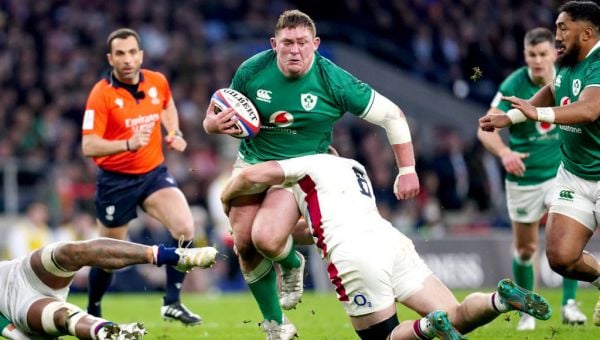 Tadhg Furlong says it will be “class” to captain Ireland for the first time after declaring himself fit for Saturday’s Dublin showdown with Fiji.

Prop Furlong was one of three Irish players forced off by injury in last weekend’s 19-16 win over South Africa but has overcome the ankle issue to retain his place.

The British and Irish Lion has also been handed the responsibility of leading the team at the Aviva Stadium by head coach Andy Farrell, meaning regular skipper Johnny Sexton, who suffered a dead leg against the Springboks, and vice-captain James Ryan are almost certain to be among those rested.

For the first time in his career, Tadhg Furlong will lead us out for Saturday’s @bankofireland Nations Series clash against Fiji! #TeamOfUs | #IREvFIJI pic.twitter.com/0FCjNTzy1w

Leinster player Furlong, who has 61 caps, has not captained a side since his days with Ireland Under-18s.

“It could be my only time! Obviously I didn’t know if I would be playing or not, Faz (Farrell) said it to me on Monday, ‘would you skipper the team, if you’re fit and ready to go?’, so of course.

💭 “I never even dreamed of captaining Ireland. It’s class, and I know from people back home they’ll be very proud.”

“It’s class, it’s class, it’s not something I ever thought was on my radar. To get an opportunity is special, you know? I just want to make the most out of the weekend.”

Asked about his ankle, he replied: “It feels good, thankfully, I’m good to go.”

Farrell will announce his team for Fiji on Thursday, with Ireland seeking an 11th successive home win to retain their place at the top of the world rankings.

Scrum-half Conor Murray has been ruled out after sustaining a groin problem against the Springboks, while centre Stuart McCloskey may be available following encouraging progress in his recovery from an arm injury.