Teenager arrested as gardaí seize €110k worth of cannabis 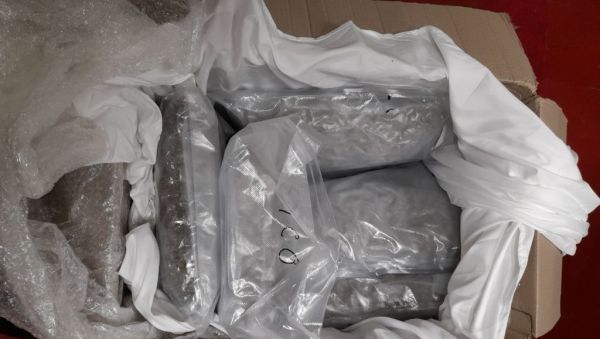 A male in his teens was arrested as gardaí seized €110,000 worth of cannabis in the Santry area of Dublin on Wednesday, as part of a search targeting an organised crime group.

The joint operation was conducted by personnel attached to the Garda National Drugs and Organised Crime Bureau (GNDOCB) and the Ballymun and Coolock District Drug Units and the Revenue Customs Service.

During the course of the operation, a premises was searched in the Santry area of Dublin and approximately 5.5kg of cannabis herb with an estimated street value of €110,000 was seized by Revenue officers.

Gardaí arrested a male in his teens in connection with the seizure. He is currently detained at Ballymun Garda Station under Section 2 of the Criminal Justice (Drug Trafficking) Act 1996.