Tiger Woods to return to action at Hero World Challenge 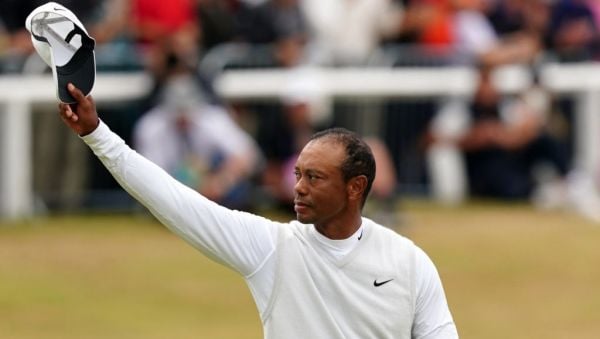 Tiger Woods has announced that he will return to action in next month’s Hero World Challenge.

Woods has not played since the Open Championship in July, when he missed the cut in what could prove to be his final Open at St Andrews.

Those two rounds over the Old Course took the 15-time major winner’s total to nine this year after he finished 47th in the Masters and withdrew from the US PGA Championship following a third round of 79.

At Southern Hills Woods was clearly in pain from the severe leg injuries he suffered in a life-threatening car accident in Los Angeles in February 2021 and the 46-year-old admits he will never play a full tournament schedule again.

I am excited to announce that I will be in the field for this year’s #HeroWorldChallenge. A big welcome to @K_Kisner and @TommyFleetwood1 for joining us as well. See you soon at Albany!

The Hero World Challenge, which takes place from December 1-4 in the Bahamas, is a natural place for Woods to return as his foundation benefits from the 20-man event.

The initial field was announced last month with three sponsor’s exemptions remained to be filled. Woods, Kevin Kisner and Tommy Fleetwood have received those exemptions while Shane Lowry took the place of the injured Will Zalatoris.

Woods tweeted: “I am excited to announce that I will be in the field for this year’s #HeroWorldChallenge. A big welcome to @K_Kisner and @TommyFleetwood1 for joining us as well. See you soon at Albany!”

Woods will also partner Rory McIlroy in The Match against Jordan Spieth and Justin Thomas on December 10 when the seventh version of the exhibition challenge will take place at the Pelican Golf Club in Florida.