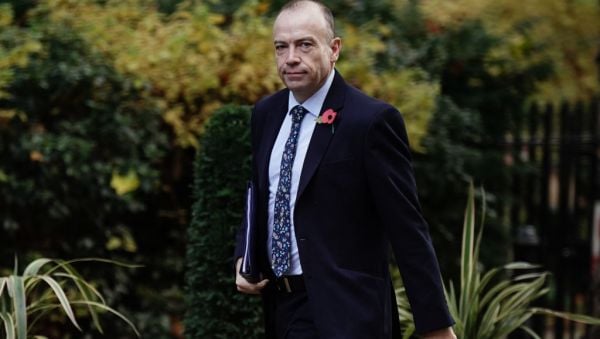 The UK government is set to make changes to a controversial Bill to deal with Northern Ireland’s troubled past.

The draft legislation would see a form of immunity offered to those suspected of killings during the conflict if they agree to cooperate with a new truth recovery body.

The Northern Ireland Troubles (Legacy and Reconciliation) Bill, which is going through its parliamentary stages, would also prohibit future civil cases and inquests related to Troubles crimes.

It has been almost universally opposed by parties across the political divide in Northern Ireland as well as all victims groups.

Northern Ireland Secretary Chris Heaton-Harris told the House of Commons on Wednesday that he would make changes to it but did not specify what the changes would be.

He started his remarks by expressing his sympathies to the families of the 12 people killed in the Enniskillen bomb the day after the 35th anniversary of the atrocity.

He told MPs he would be in the Co Fermanagh town on Sunday to pay his respects.

Turning to the Bill, Mr Heaton-Harris said it sought to deliver better outcomes for all those affected by the Troubles.

But responding to a question during Northern Ireland questions, he said he was going to make changes to it.

“There is no perfect solution to this issue, and we are committed to a way forward that deals with Northern Ireland’s troubled past as comprehensively and fairly as we possibly can,” he told MPs.

“No perfect solution exists however we will do our best to address all the concerns that people raise with us.”

Mr Heaton-Harris also said he was “quite sure that this is the last legislative vehicle that any government will try to address this problem with”.

“So I do think it is very important for me to use all the time that we have to improve the Bill,” he added.

Mr Heaton-Harris said the Bill would return to the House in Lords “in a couple of weeks”.