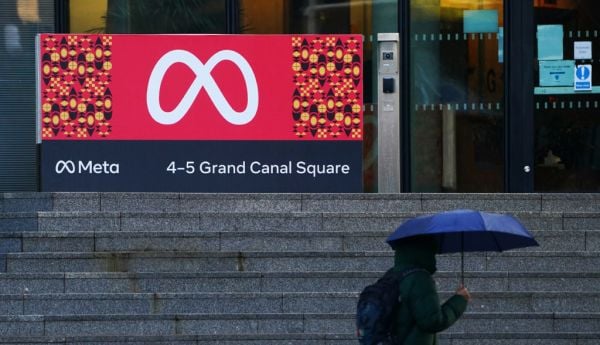 Up to 400 Meta jobs in Ireland are in danger in what the Government is viewing as a “downsizing” of the lucrative tech sector.

Employees at Meta, Facebook’s parent company, were reluctant to speak to media gathered outside the tech giant’s European headquarters in Dublin about the confirmation of thousands of job losses.

People leaving the Grand Canal Dock building declined to give their reaction to 11,000 workers globally being let go.

It is understood redundancies in Meta’s Ireland operation will be in line with the global headcount reduction of 13 per cent, meaning about 390 employees could be set to lose their jobs.

A steady stream of people were seen entering and leaving Meta HQ on Wednesday afternoon, but none answered questions, including on whether employees had been advised not to speak to reporters.

Irish law requires that an information and consultation process should be carried out with employees’ representatives at least 30 days before a notice of dismissal is given, with an “enhanced exit” or redundancy packages offered in most cases.

The final number of redundancies at Meta Ireland will be confirmed after this consultation process.

Tánaiste Leo Varadkar briefed his Cabinet colleagues on the latest job losses to hit the tech sector, after Twitter and Stripe announced a cut to their workforces last week.

Mr Varadkar told ministers on Wednesday that this should not be viewed as a major crisis in the tech sector, but instead as downsizing after years of phenomenal growth.

The Tánaiste, who is also the Minister for Enterprise, said that companies have given assurances that legal procedures will be followed.

He also said staff who have lost their jobs will be offered assistance from the government to find other employment, set up their own business or return to education.

The Government is expecting its income tax revenues to take a hit as a result of the high-wage job losses.

Despite warnings of the Exchequer’s over-reliance on corporate tax paid by several multinational tech giants with European headquarters in Dublin, the Government has indicated it is not overly reliant on any one sector of its economy.

It also said that the “restructuring” announced by chief executive Mark Zuckerberg would not impact on Ireland’s status or “long-term investment plans” in Ireland.