Wages in Ireland increased by 4.7% in a year, according to new figures 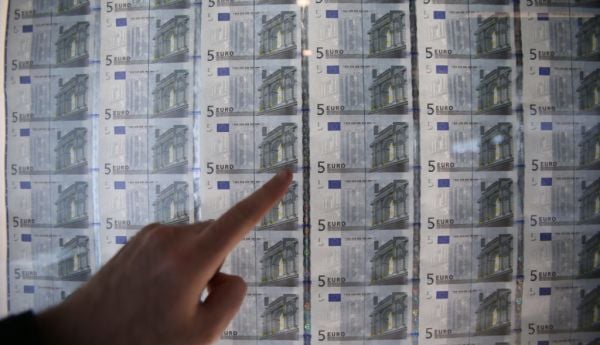 Wages in Ireland have increased by an average of 4.7 per cent in the year to October, according to figures released by the Central Bank.

This compares with average wage increases of 5.2 per cent across six European countries as of October, and a wage growth increase of 6.2 per cent in the UK.

The figures are based on millions of job postings on Indeed, to create a new monthly wage growth tracker.

They found that the wages of job adverts posted online “accelerated sharply” in the first half of 2022 before easing slightly in the third quarter.

Initial analysis in October found that of the job adverts posted online in the euro area, the value of the wages of those positions grew from 2.5 per cent in January to 4.2 per cent in June.

This growth took place as businesses resumed full trading after the most severe part of the Covid-19 pandemic to date.

The wage growth continued in October 2022, with the analysis showing the average year-on-year increase was 5.2 per cent – more than three times the 2019 average of 1.5 per cent.

October wage growth was highest in Germany at 7.1 per cent, followed by France at 5 per cent, Ireland at 4.7 per cent, Italy at 4.2 per cent, the Netherlands at 4.0 per cent and Spain at 3.5 per cent.

The wage increases are lower than the current rate of inflation; an EU index shows that prices have increased by 9.5 per cent in the year to October.

The report said: “Since the low point of the pandemic in early 2021, when posted wages were growing at a rate of 3% or higher in fewer than 40% of occupational categories in the euro area, the share has broadened to over 60% in October.

“There is a similar pattern in each of the six euro area countries.

“In October, the share of occupations with annual wage growth of 3% or greater ranged from 51% in Spain to 68% in Germany.

“This was well above pre-pandemic levels of around 30% to 50% for most countries.”

Not all jobs posted online include wage information.

In Germany 10 per cent of job posts included the wage, while in the UK this figure was almost 50 per cent.

Despite this variable, the analysis said that its wage estimates “broadly track official sources, including the acceleration in growth during 2022” when benchmarked against other figures.

Occupations seeing the fastest wage growth across Europe include community and social services; cleaning and sanitation; and food preparation and services.