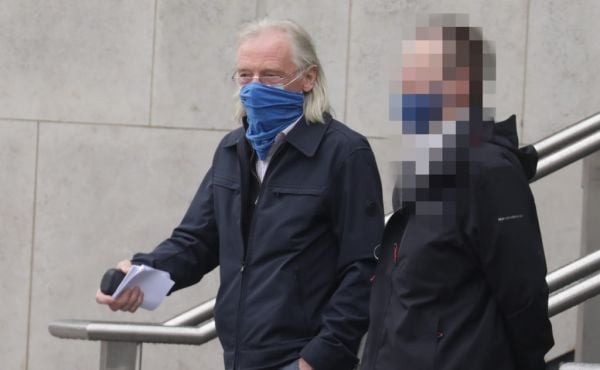 A former solicitor who stole over €200,000 from four families who were his clients has been jailed for 18 months.

Passing sentence on Thursday, Judge Martin Nolan said that Doyle had stolen from his clients to clear his own debts and had sought to disguise the thefts by transferring funds from one account to another.

The offence is a form of bookkeeping fraud known as “teeming and lading,” in other words, robbing Peter to pay Paul, the court heard.

Judge Nolan accepted a defence submission that Doyle had intended to repay the money in full but eventually reported it to his colleagues as he couldn’t deal with the stress it was causing.

“He betrayed the trust of his clients, his profession and his family. He is very remorseful for what he did, and this activity caused him trauma and stress – and so it should; his behaviour was unacceptable,” said Judge Nolan.

The court heard that Doyle sold his family home in Sutton in order to repay his clients and moved to Mayo.

Detective Garda Yvonne Costello from the National Economic Crime Bureau told Diana Stuart BL, prosecuting, that Doyle was practicing as a solicitor when he told his senior partner about the bookkeeping fraud.

The senior partner raised the matter with the Law Society in October 2017 and Doyle, who had been practicing for 38 years, was struck off the register.

The court heard Doyle told one of his clients who is in her 70s, Bernadette Feehan, that her late husband owed €35,000 to Revenue. He then took that amount for himself.

Another family, the McLoughlins, found out that multiple cheques had been made out to Carmel McLoughlin, but that Doyle had endorsed them and cashed them for his own benefit.

Carmel McLoughlin, her son James and their accountant confirmed that the signature on the cheques was not hers, the court heard.

Two other families were affected when Doyle misappropriated funds from the estates of a deceased client, and discharged monies owed to Revenue for his own use.

Ms Stuart said Doyle said he had the intention of replenishing the money at a later date but eventually went to his colleagues to explain what was going on. Doyle has no previous convictions and cooperated with gardaí on his arrest in December 2020.

Michael Bowman SC, defending, said Doyle found a “short-term solution to a long-term problem” but that he could not deal with the stress it was causing and self-reported to his colleagues. Mr Bowman said his client had worn the stresses of this for five years and that it had weighed heavily upon him.

“He is ashamed and embarrassed of what he has done to people with whom he had a close personal relationship as well as a business relationship,” said Mr Bowman.

The court heard that Doyle has a strong and close relationship with his family and four children and that he used the monies from the sale of his house to fully compensate his former firm and clients.

Two testimonials from Doyle’s clients were handed to court describing him as a selfless friend who went above and beyond the call of duty to help others.