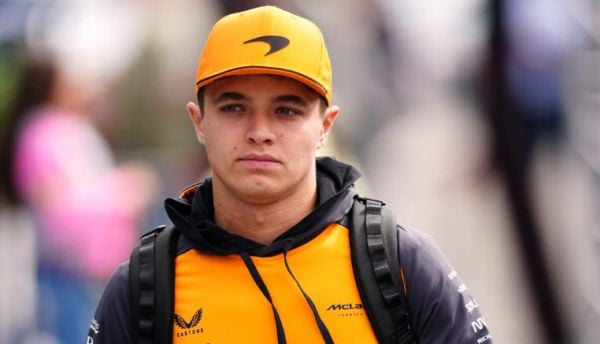 Lando Norris is facing a race against time to be fit for the start of the Brazilian Grand Prix weekend after going down with suspected food poisoning.

The McLaren driver, 22, was forced to abandon his media duties at Interlagos on Thursday, and is resting at the team hotel in Sao Paulo.

Interlagos plays host to Formula One’s final sprint round of the campaign, with first practice taking place at 12:30pm local time on Friday.

Lando is feeling unwell with suspected food poisoning, so he will rest in the hotel today. We expect him back at track tomorrow.

Qualifying, which determines the grid for Saturday’s sprint race, follows at 4pm ahead of Sunday’s main event.

McLaren expect Englishman Norris, who has been in Brazil since last weekend, to be in his cockpit on Friday.

However, Dutch driver Nyck de Vries, who stood in for Alex Albon at the Italian Grand Prix in September – after the London-born Williams driver contracted appendicitis – is on standby.

Norris, seventh in the championship standings, suffered tonsillitis at the races in Spain and Monaco in May but was still able to compete.